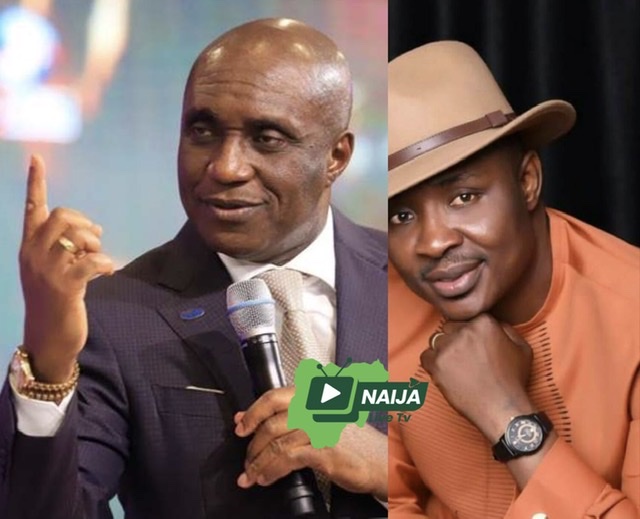 Yenagoa— A Chieftain of the All Progressives Congress (APC) in Bayelsa State and businessman, Barr. Festus Daumiebi has pledged to donate 20 plots of land to Salvation Ministries in Bayelsa State.

In a Facebook post on Saturday, Daumiebi stated that his gesture is an appreciation of the courage displayed by Pastor David Ibiyeomie when he questioned the underdevelopment of Bayelsa State.

“I have observed with so much dismay, how some persons, particularly a few misguided Bayelsans have attacked Pst. David Ibiyeomie of Salvation Ministries for saying that Bayelsa State is a very rich State; but that the State has been stagnant in terms of development.

“To say the least, Pst. David Ibiyeomie said nothing but the naked truth.

“If you think that what David Ibiyeomie said is not true; then I refer you to our immediate past Governor, His Excellency, Senator Henry Seriake Dickson who described Yenagoa, the Bayelsa State Capital as a forest capital after superintending over the affairs of the State for eight (8) unbroken years.”

Chiding critics of the clergyman for his statement about Bayelsa, Daumiebi asked “Is Bayelsa State not a rich State? Your answer is as good as mine; yes, we are.

“Is Bayelsa State not stagnant in terms of infrastructural development? Again, the answer is a capital yes, we are stagnant, in fact, backward, compared to our income as a State.

“My third question is; did Bishop Ibiyeomie direct his comment of Bayelsa being a rich State but stagnant development-wise at a particular administration? The answer is NO.”

According to the politician, the major problem of our society is with followership.

He opined that followers praise-sing leaders to believe that they have excelled in their duties, even when the leaders themselves are bothered in their deep conscience over the state’s level of development.

While commending Ibiyeomie for speaking the truth, he pledged to donate “20 plots of land on behalf of my wife and family to Salvation Ministries in Yenagoa, the Bayelsa State Capital for the expansion of the Kingdom building.”

Daumiebi urged Bayelsa statesmen to tell politicians the truth when they are failing in their duties.

He promised to redeem his pledge within one week.

“The leadership of the Ministry (Salvation Ministries) shall be given immediate possession of this seed offering of 20 plots of land in the heart of Yenagoa within a week from today; and go further to perfect all title documents for the land.

“For the records, I don’t do things with my camera around me but this particular one has to be made public so as to encourage others in society to speak the truth irrespective of whose horse is going to be gored.”