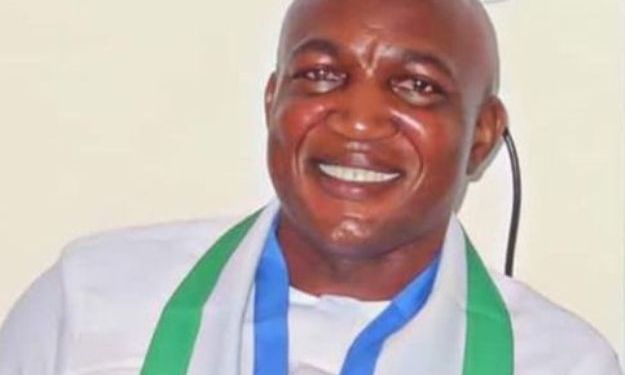 The Supreme Court judgement on Bayelsa State election has created mixed feelings ahead of the February 14 expiration of Governor Seriake Dickson’s administration.

The surprised judgment, which hit the state like a thunderbolt, sent the camp of the Peoples Democratic Party (PDP) into wild jubilation.

It, however, caused confusion and despair in the All Progressives Congress (APC), which had concluded plans to take over the reigns of power on Friday.

Jubilation erupted in Bayelsa State Government House and the PDP secretariat in Yenagoa as PDP faithful trooped to the areas with drums to celebrate the judgment.

But loud silence enveloped the APC and its leaders, who, it was gathered did not see the judgement coming.

The APC had concluded all arrangements for a handover ceremony, which was to be attended by President Muhammadu Buhari before the report of the judgement hit Bayelsa.

All was set to receive Buhari.

Flags of the PDP had been removed from a roundabout leading to the main gate of the Bayelsa State Government House at Onopa, Yenagoa.
The roundabout was, however, decorated with the flags of the All Progressives Congress (APC) ahead of the event.

The PDP flags, which were hoisted on poles around the roundabout, were violently pulled down by aggrieved appointees of the Governor, who protested their non-payment of salaries on Tuesday.

But some APC leaders were seen hoisting the APC flags on the empty poles signalling the end of PDP government in the state.

As part of preparations for the inauguration, Lyon attended a parade rehearsal at the Samson Siasia Sports Complex where the event is scheduled to hold on Friday.

The incoming governor was taken through and taught the entire process of ceremonial takeover to get him ready for the event.

Investigations revealed population increase in Yenagoa following the arrival of invited guests from different parts of the world.

All the hotels in Yenagoa were reportedly booked by guests, who kept the city bubbling.

But immediately after the judgement, PDP faithful rushed to the roundabout to pull down the flags and shred them.

Bayelsa Commissioner for Information and Orientation, Daniel Iworiso-Markson, has congratulated the flagbearer of the People’s Democratic Party (PDP) in the November 16 governorship election, Senator Douye Diri and his running mate, Senator Lawrence Ehrudjakpor on their well deserved victory at the Supreme Court.

Iworiso-Markson, in a statement in Yenagoa, described the judgement as divine, and that it reflects the true wishes of the people.

While congratulating Diri and Ehrudjakpor, he expressed gratitude to God Almighty and judges at the apex court for standing true to the law.

He also thanked Governor Seriake Dickson for his support to Diri and Ehrudjakpor throughout the trying period of the legal battle which has ended in praise.

According to him, the victory of Diri and Ehrudjakpor will further the course of development which Governor Dickson has laid in the last eight years.

He said: “I heartily congratulate Senator Douye Diri and Senator Lawrence Ewhrudjakpor for this befitting victory, as the Supreme Court has once more demonstrated it’s uprightness and credibility.

“It is my deep conviction that Senators Diri and Ehrudjakpor will fulfill the expectations and yearnings of Bayelsans, consolidate on the achievements of Governor Dickson for a more prosperous state

Chief David Lyon The Man Who Saw The ‘Promise Land’ But……..

Would there be constitutional crisis in Bayelsa? …Can Douye Diri be sworn in? …Read Section 179: