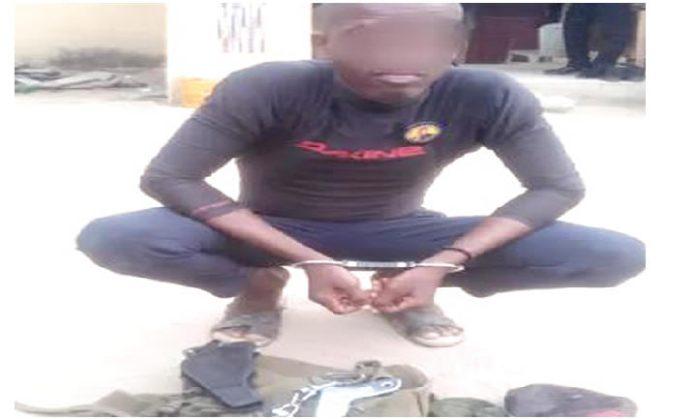 A statement by the spokesman for the command, Asinim Butswat, on Thursday, said the suspect was nabbed following a complaint by a female victim.

He said Freeman allegedly robbed her of her mobile phone at gunpoint at Agudama, Yenagoa, on Tuesday.

Among the items recovered from him included one dummy pistol, a pistol holster, a handcuff, and fez caps of the Navy, Army, and Air Force.

The statement read in part, “Operatives of the anti-kidnapping unit of the Bayelsa State Police Command have arrested a notorious armed robbery suspect.

“The suspect, Kaizer Freeman, was arrested following a complaint by a victim who was robbed of her mobile phone at gunpoint at Agudama, Yenagoa, on 17 January, 2023, around 5.45pm.