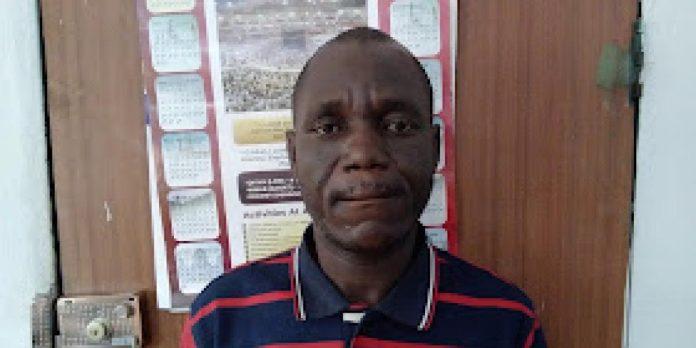 A 45-year-old herbalist, Usman Garba, has been arrested by the Adamawa State Police Command for allegedly duping a businessman, Gabriel Ishaku, of the sum of N2.5million

It was gathered that the suspect offered to print the sum of N30 million fake currency notes for Ishaku to boost his business.

As gathered, the herbalist was first introduced to Ishaku, by one Ibrahim, informing him that the accused person was rendering spiritual assistance to people to boost their businesses.

Ishaku swiftly reached out to the herbalist, requesting to be enrolled and assisted. Soon thereafter, he sent N2.5 million to the account of the herbalist (Garba).

“He told me the money was to be used to buy monkeys, foxes, goats, dogs, and other animals for sacrifices. He assured me that the spiritual world had favoured me.

“He said the spirits needed the sacrifices to enable them to print money for me, about N30 million.

“He kept demanding from time to time until he swindled me of N2.5 million. After a long period of no results, I stopped sending him money,” Ishaku said.

However, the herbalist, Garba, was using the money to cater for the needs of his 11-member family in Kano, consisting of two wives and eight children.

Garba has confessed to duping Ishaku, but said, “I collected a total of N700, 000 and not N2.5 million as he had claimed. I used the money to feed my family, you know things are hard in this country.”

Confirming the incident, the spokesperson for the police in the state, SP Suleiman Nguroje, said, “The Commissioner of Police, SK Akande, has ordered investigation after which the suspect will be charged to court for prosecution.”