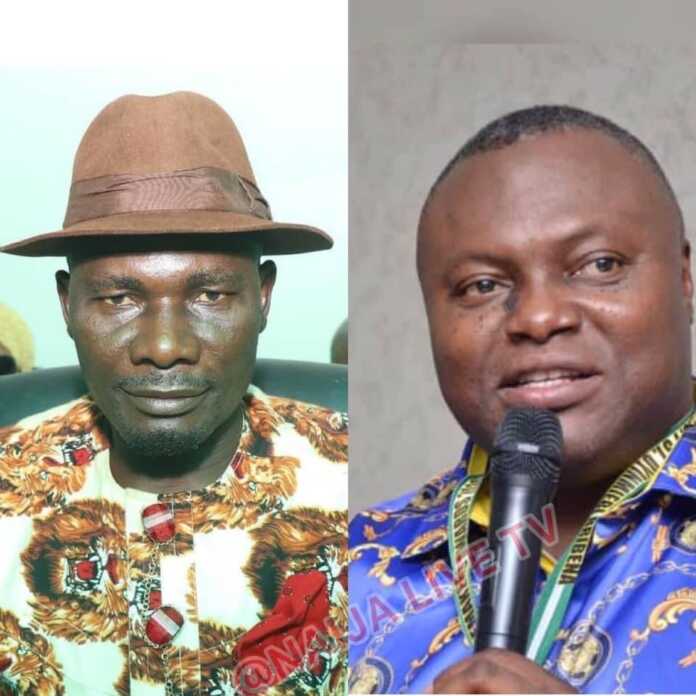 The Chief Executive Officer of Baraza Multipurpose Cooperative Society, Arc. Dr. Miebi Bribena has stated that Baraza online FOREX Trading was duly approved by the Bayelsa Bureau for Cooperative Development after simple majority of members agreed that their fund be traded with at the FOREX market.

But the State Commissioner for Trade, Industry and Investment, Mr. Federal Otokito had at a interview with Journalists stated that Bayelsa Cooperatives Law 2014 does not include foreign exchange as one of the areas that Cooperatives can engage in but what they do is to apply and get registration to operate cooperatives and after getting approval they review their bye-laws to include FOREX Trading.

However, Arc, Bribena stated that the 2014 Act does not give regulations on what to trade on, as it only legalized the establishment and operations of the Bureau..

Bribena further stated that BARAZA had in a letter to the Bayelsa Bureau for Cooperative Development dated July 29, 2020 requested an amendment of its bye-laws which had been earlier approved in October 18, 2019 to include Forex Trading by the members.

The letter reads, “Sequel to the ordinary meeting held by the members of the above-mentioned Cooperative on the 7th March, 2020, members agreed through simple majority vote that members’ funds be traded with at the Forex Market and such be added to the Bye-Laws as it were.

Subject to your approval in line with section 20(111) and 85, the Bye-Laws ‘Object 111’ item 7 now reads ‘to trade in Forex with members’ funds to yield profits/interest for members of Baraza Multi-Purpose Cooperative Society Limited in addition to the outlined objectives”.

Bribena said Baraza is being guided by the Nigeria Cooperative Act of 2004 which is on the concurrent list and not operating outside the confines of the law.

He said Baraza, as stated in the above letter applied to the Bureau for the amendment of its Bye-law to enable it trade on online FOREX market as agreed by simple majority during their meeting.

According to him, “SEC does not regulate Cooperative Societies, so we will seek clarification on this directive. The Nigerian Cooperative Act 2004 defines how Cooperatives should operate. We do not mobilize public funds but use only member’s funds”.

Bribena said that it was sad to note that operations of other Cooperative Societies in the state were zeroing in on Baraza because of its current challenges.

He added that even though Baraza blaizes the trail of Cooperative Societies in the State trading on online FOREX Market, it is wrong for analysts and even the media to be placing their misdeeds on the shoulder of Baraza.

“I have said it at different fora that by July 19, 2021, Baraza will bounce back better and stronger, as necessary machinery are being put in place including actualization of our ongoing road-map to Recovery Plan. The payment of members who applied for termination in the N100,000 category is ongoing and when we finish paying them, we will move to other categories”.

NAIJA LIVE TV earlier reported that, the Bayelsa State government on Monday said its 2014 Cooperatives Law on which some cooperatives societies cite as regulation to mobilise funds for investment in Forex trading does not cover foreign exchange trading.

This disclosure brings to question the fate and safety of funds of investors whose funds are trapped in forex investment schemes whose promoters tout the 2014 Bayelsa Cooperatives Law as enabling legislation.

Mr Federal Otokito, Commissioner for Trade, Industry and Investment said in a telephone interview that crash of the dominant cooperative society engaged in Forex trading, Baraza Multipurpose Cooperative was of great concern.

He said that the government frowned at a development where the cooperatives got registration and approvals to operate as cooperatives and later modified its bye-laws to include Forex trading adding that the bye-laws cannot be superior to the extant laws.

Otokitio said the state government remains committed to the development of cooperatives and the safety of investors’ funds.

He explained that the Bureau of Cooperatives Development , a parastatal under the Ministry of Trades and Investment, was in receipt of several petitions from members of cooperative societies engaged in foreign exchange trading and was monitoring the situation.

“The Director of the Bureau of Cooperatives told me that there are so many petitions from members of cooperative societies whose funds are trapped in Forex schemes.

“I have been getting text messages and it is worrisome to see peoples hard earned money go down the drains.

“Our Cooperatives Law of 2014 does not include foreign exchange as one of the areas that cooperatives can engage in but what they do is to apply and get registration to operate cooperatives and after getting approvals the review their bye-laws to include Forex trading,” He said.

It would be recalled that the most popular of the cooperatives in Bayelsa using the cooperative model to mobilise funds from its members, Baraza failed to meet its 25 per cent monthly returns payment obligations and trapping of funds running into billions for its over 40,000 investors.

Baraza had since March halted the monthly payment of 25 per cent returns to subscribers to the scheme and announced a three month suspension of payment of returns to allow it recover from the “CRASHED”.

The Economic and Financial Crimes Commision had in April cautioned members of the public to be wary of investment schemes that offer mouth watering returns for the safety of their hard earned money.

Speaking in the same vein, a financial and capital market analyst, Mr Captain Ebi Perefagha faulted the argument of the commissioner for trade, industry and investment Mr. Federal Otokito on the Bayelsa 2014 Cooperative Act. He said the Act did not state the operations of Cooperative Societies.

The bill which was forwarded to the State House of Assembly by the immediate past governor, Senator Henry Seriake Dickson and passed into law’ sought the establishment of the Bureau, the organogram and the functions of staff.

The law, according to him, did not specify the operations of Cooperative Societies since it is under concurrent list of the Federal government.