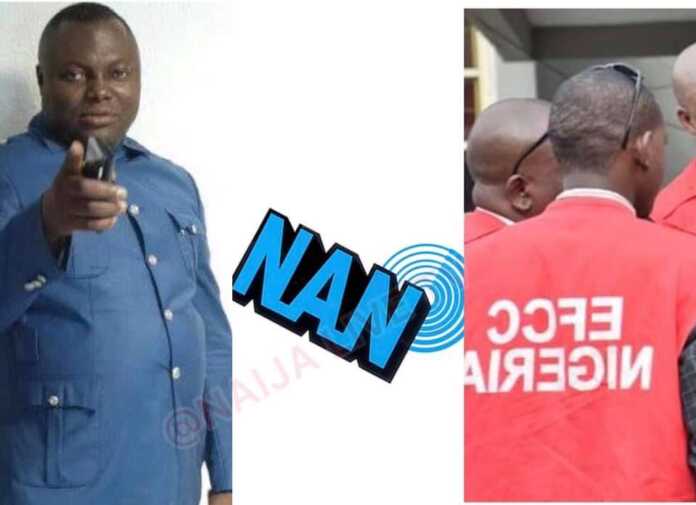 …describes it as misleading, unprofessional conduct

NAN had unprofessionally background its reports on a statement issued by the Economic and Financial Crimes Commission, (EFCC) by referring to ‘BARAZA as a fraudulent scheme.

NAN was quoted in a report published by some national newspapers that BARAZA falls into the category of fraudulent investment schemes that EFCC is warning the people against.

The paragraph reads “Also another popular scheme, Baraza Multipurpose Cooperative headquarters in Yenagoa, Bayelsa had in March announced its inability to meet its obligations to its over 25,000 investors’’

The management noted that there was nowhere BARAZA was mentioned in a statement issued by EFCC, and wondered how the name of the Cooperative came up in the news story authored by the NAN.

It should be noted that BARAZA is neither an investment firm, financial institution nor Ponzi scheme, but a Cooperative society, operating strictly in accordance with the 2004 Cooperative Act.

The Cooperative Society has been in existence since the last 14 months with branches in some states of the Federation, and has been living up to its billings in payment of monthly surpluses to its over 40,000 members nationwide.

BARAZA as a cooperative society, does not have issues with EFCC, ICPC or any of the security agencies.

The Cooperative has made known to its numerous members, the challenges that it is currently facing, and, policies were formulated and adopted by members at enlarged meetings, to mitigate the problem.

However, the reports by NAN is a far departure from what is happening at the Cooperative, and that is why the management is expressing dismay over the publication, noting the havoc it has caused the members.

Describing the publication as the height of professional misconduct, the management, therefore, called on the management of NAN to investigate the story, retract it from the public domain and call the writer to order.

BELOW IS THE REPORT BY THE NEWS AGENCY OF NIGERIA

The Economic and Financial Crimes Commission (EFCC) has warned Nigerians against investing their money in fraudulent investment schemes that promise high returns to investors.

Mr Wilson Uwajaren said in a statement in Port Harcourt that the anti-graft agency was worried over the development that had seen thousands lose their life savings to scammers.

The News Agency of Nigeria (NAN) reports that one of such popular schemes, MBA Forex – which promised its investors 15 per cent Return on Investment monthly, crashed in November leaving its over 100,000 investors stranded.

The Central Bank of Nigeria (CBN) which later froze MBA’s bank accounts, said that the company owned by one Maxwell Odum, had collected over N171 billion from its investors before crashing.

“Also, another popular scheme, Baraza Multipurpose Cooperative headquartered in Yenagoa, Bayelsa had in March announced its inability to meet its obligations to its over 25,000 investors.”

“The company owned by one Miebi Bribena, a pastor, had promised to refund investors their capital running into billions but didn’t provide any reasonable timeline to refund their monies.”

Uwajaren said that the commission had received several petitions from victims of ponzi, forex and Bitcoin investment schemes.

“This trend indicates that investment scams has continued to thrive despite the enforcement and public enlightenment interventions by the commission and other stakeholders.

“The direct implication is that hapless citizens are losing their hard-earned money to fraudsters, who by their activities compound the nation’s economic woes.

“Many have lost, and are still losing money to ponzi schemes, forex trading and most recently, Bitcoin trading,” he said.

The EFCC spokesman warned members of the public against taking an unmitigated risk in desperation to earn a windfall on fraudulent schemes.

According to him, investments in Bitcoin and other cryptocurrencies were a high-risk activity especially as the terrain was largely unregulated and prone to fraud.

“The EFCC states that, while it will continue to investigate and prosecute persons complicit in fraudulent investments schemes, it is incumbent on the investing public to be circumspect in their investment decisions.

“Any investment that promises returns that look too good to be true should be considered a red flag.

“Nigerians are by this notice, warned to be wary of fraudulent schemes, and are hereby, enjoined to resist the temptation of quick gain that could end in misery,” he warned.