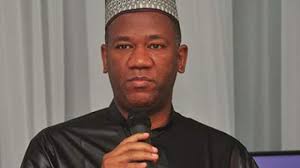 Founder of Baze University and presidential aspirant on the platform of the Peoples Democratic Party (PDP), Senator Datti Baba-Ahmed has said President Muhammadu Buhari has failed in governance.

He made the assertion at the PDP National Secretariat ‎Friday, in Abuja, where he notified the national leadership of the party of his interest ‎to run for presidency in the 2019 general elections.

The ‎ex-lawmaker said Buhari’s anti-graft war is a ruse and called on the President to prove to the world that corruption is not going on in his government.

“This anti-corruption war is a lie and I know it. I’m not a risk taker; I love my life but I also love Nigeria. How can you collect corrupt monies from peoples’ salaries to come to power and you say you are fighting corruption? Two corrupt governors were rewarded with juicy ministries.

“Let him (Buhari) address an international press conference and deny that contracts are not inflated; that family members are not stupendously rich while people are being daily murdered.

“Nigeria is practically worth forty percent of what it was before APC took over. Terror and sophisticated crimes have abated; Nigeria is in a very sorry state. 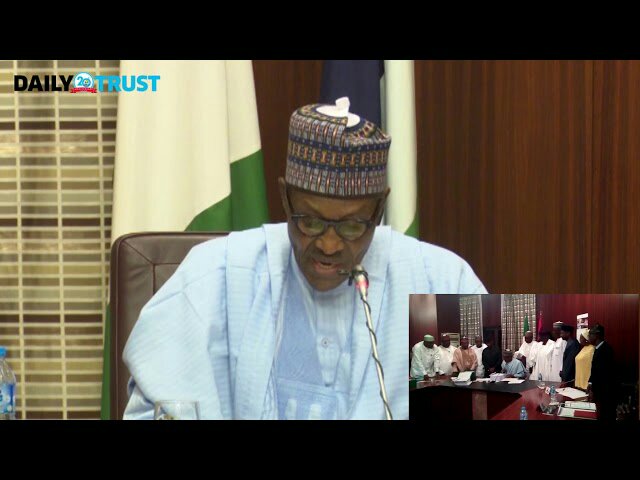 “If APC comes back in 2019, the exchange rate for a dollar will be N700. If the APC wins in 2019, it is our fault. This country is not going to be rescued by people who have been lamenting, the world is going to be destroyed by those who see evil and do nothing about it.

“The APC is accidental concoction. Shame to APC because they don’t have structure in all the wards across Nigeria,” he said.

Dr Baba-Ahmed said he would remain a card-carrying member of the ‎PDP and cooperate with the party even if he did not get the ticket but expressed confidence that he would defeat the other contenders for the ticket.

He urged the National Working Committee (NWC) of the party to conduct free, fair and transparent primaries, saying he would fix the security, economic and other challenges bedevilling the nation if given the mandate.

The PDP National Chairman, Prince Uche Secondus asked President Buhari to end the killings in the country and asked the national leader of the APC, Bola Tinubu and Minister of Information, Lai Mohammed to stop politicising deaths.