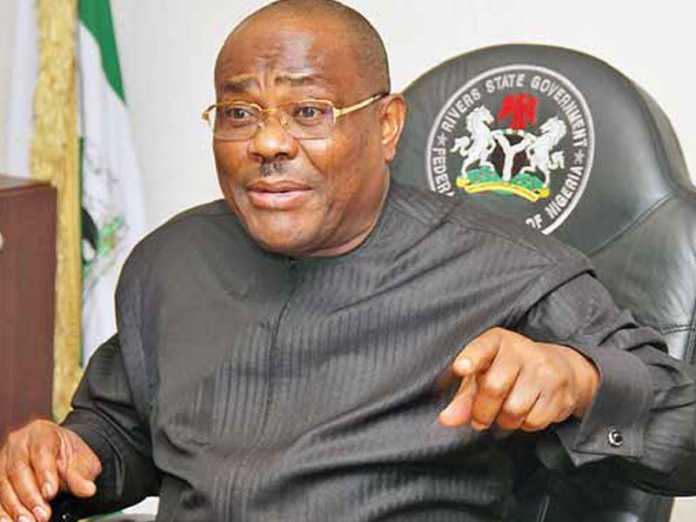 He also stated that the sudden u-turn by the former National Chairman of the All Progressives Congress (APC), Mr. Adams Oshiomhole, on the candidate of the party, Pastor Osagie Ize-Iyamu, is an insult to the people of Edo State.

But in a swift response, the APC in Edo State has alleged that Wike and Obaseki are plotting to unleash violence in the state to mar the governorship election.

Speaking yesterday as a guest on a Live Television Programme monitored in Port Harcourt yesterday, Wike said the people of Edo already knew the type of candidate the All Progressives Congress (APC) presented to them following what Adams Oshiomhole said about him four years ago.

Wike, in a statement by his Commissioner for Information and Communications, Pastor Paulinus Nsirim, said: “Such a character cannot be accepted by Edo people as Governor during the election.

“I respect the Benin tradition and I know that Edo people are educated to know that Oshiomhole cannot play on their intelligence.

“If he is now retracting what he said of Ize Iyamu, who is sure that he’s saying the correct thing now.

“Adams Oshiomhole’s sudden u- turn is a great insult on Edo people. This is an opportunity for Edo people both at home and in the diaspora to use their votes to tell Oshiomhole they cannot take his lies anymore.

“From all indications, it is obvious that there is no strong opposition against Obaseki and he will win convincingly”.

Wike, who is chairman of the PDP National Campaign Council, stated he and his team accepted the responsibility to lead the campaign because they are satisfied with results coming out already from Edo State.

Wike said the PDP had continued to take steps in strengthening the nation’s democracy with the promotion of internal politics and resolving conflict of interests of members to achieve common goals.

He said the success recorded by the PDP in conducting free and fair party primaries in Edo state was evidence of the internal democracy in the party.

He said: “It was not easy to have a sole candidate for the party in Edo state. People thought there will be problems, given the fact that Obaseki was coming from another Party.

“But Party members who are grounded and believe in the Party didn’t see any sacrifice too much to make.

“Even in Ondo State, the former Deputy Governor, Agboola Ajayi who decamped to PDP contested keenly during the primaries and lost . If there are other pending issues in the South West, be sure that the Party will resolve them.

“That is exactly what Delta State Governor, Ifeanyi Okowa, as the chairman of South-South States’ Governors had done.

“He is making sure that we are all on the same page to ensure that all states in the South-South are controlled by PDP”.

Meanwhile, the APC in Edo State has called on Nigerians and the international community to subject to scrutiny an alleged plot Wike and Obaseki to unleash violence in the State and disrupt the election.

The party alleged that the outburst by Wike is coming against the backdrop that they want to unleash violence on the electorate.

A statement released in Benin City by the Chairman, Edo State APC Campaign Council, Mr. John Mayaki said that the combination of Wike and Obaseki is both ominous and revealing of the violent, and underhand tactics which the PDP allegedly intends to mar the election.

APC said that Obaseki and Wike had perfected intimidation tactics such as the use of vandalism, the destruction of opponent’s properties, and harassment of innocent persons just to obtain power.

He said: “According to reliable data sourced from Peace Map, political violence in Rivers state steadily increased beginning in January 2015, peaking in the lead-up and aftermath of the April gubernatorial elections which was due largely to the violent attitude of Nyesom Wike.

“In Edo State, we have seen the same trait. There is a persistent problem in the violent, dishonest, and generally deplorable conduct of the rejected PDP, which evidently poses a great threat to the peaceful conduct of the September 19 election.”

JUST IN: Aisha Buhari flown to Dubai for medical...