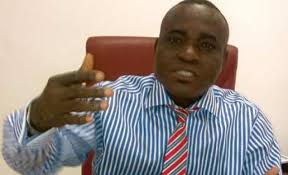 The All Progressives Congress (APC) in Akwa Ibom State has responded to criticism that it “couldn’t get” an executive position for the state at the just-concluded national convention of the party in Abuja.

The criticism is being circulated online mainly by supporters of the Peoples Democratic Party (PDP) who see it as a campaign issue against the APC, ahead of the 2019 governorship election in the state.

The PDP, apart from being the ruling party in the state, has Akwa Ibom as one of its strongholds, nationwide.

The 2015 general election is expected to be a tough battle between it and the APC.

An APC stalwart in the state, Ita Enang, who is President Muhammadu Buhari’s Senior Special Adviser on National Assembly Matters, said it wrong to say that the state chapter of the party lost out at the convention.

“We have elected the Zonal Woman Leader, Rachael Akpabio, from Akwa Ibom, and she is an executive member of the party,” Mr Enang, a former senator from the state, told PREMIUM TIMES, Monday.

“You know, what we did was affirmation of those who were already there, and we had Dr. Rachael Akpabio as our woman leader and we have returned her.

“The only person that we have changed from the South-south is the national chairman, who was from Edo; all other persons still maintained their positions. If you see from the position of the national secretary down the line, nothing has changed, except in Imo state where we had that dispute over the organising secretary,” Mr Enang said.

Mr Enang said Akwa Ibom has “very high stakes” within the APC, and that there are other positions that will be given to the state in due course.

He said the PDP can’t use the outcome of the convention to campaign against APC in the state.

“In PDP, for 16 years, Akwa Ibom didn’t have anything; it is only now that Akwa Ibom person is occupying the position of a legal adviser of the party,” Mr Enang said. He said President Buhari appointing “several” people from Akwa Ibom into positions of authority was enough proof that the state enjoys the party’s goodwill.

Another APC chieftain in the state, John Udoedehe, said: “It was a great thing that we brought back the position of the South-south woman leader that was zoned to Akwa Ibom state”.

Mr Udoedehe, a former senator, disagrees with those who said Akwa Ibom didn’t bring back anything from the convention.

“The position of a woman leader could be used to achieve much, depending on the person occupying the office,” the former senator told PREMIUM TIMES.

My associates home and abroad are willing to partner with me to develop Akwa Ibom – APC Guber candidate, Akan Udofia