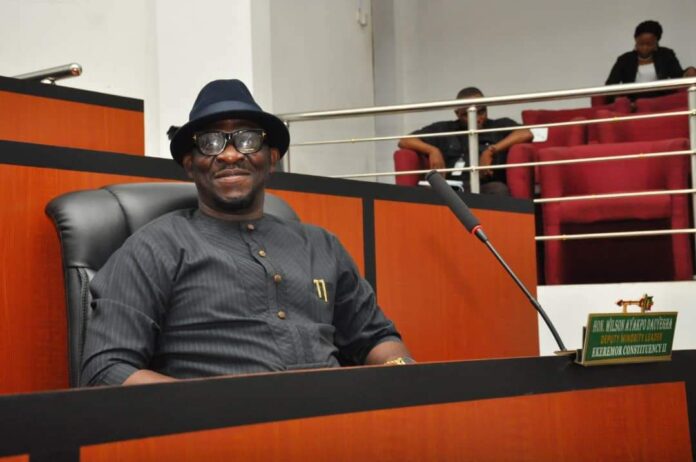 The elders said recent comments by the lawmaker urging President Muham­madu Buhari not to inaugu­rate a substantive board for the Niger Delta Development Commission (NDDC) until in­vestigative and prosecutori­al processes had been taken, was against the popular wish of the Niger Delta people.

In a statement on Tuesday jointly signed by its chair­man, Dr. Promise Okpolo and Coordinator, Commu­nity Relations, Chief An­derson Etiewo, the SSEPF noted that deafening calls for the inauguration of a new board for the interven­tionist agency were germane and patriotic, amidst rising tempers in the region which had reached a boiling point.

It said Hon. Dauyegha’s comments with regards to the inauguration of a sub­stantive NDDC board was clearly an act of sabotage as it was antithetical to the popular desire of his constit­uents and the generality of the Niger Delta people.

The SSEPF, whose mem­bership comprises elders cutting across states in the Niger Delta region, contend­ed that the NDDC Establish­ment Act had no provision for an interim contraption in the running of its affairs.

Part of the statement reads: “It is noteworthy that the NDDC is a statutory cre­ation and its Establishment Act is explicit on how it should be administered.

“It does not provide for an interim arrangement and therefore, anyone calling for a delay in the inauguration of a new board and promot­ing the sustenance of an ille­gality is a saboteur.