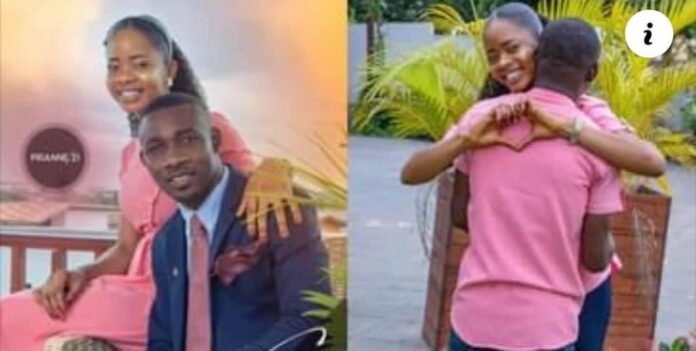 an identified as Prince and his finance Anne have indicated that they have dated for seven good years. Prince and Anne are looking forward to their wedding on October 9, 2021.

The couple opened up to Ghanaian influencer SikaOfficial.

The couple recently announced that their wedding is scheduled to take place October 9, 2021, mentioning that they have never touched each other after all these years together.

Popular Twitter influencer SikaOfficial, who made the story public on his Twitter page, congratulated the couple on the proud feat.

“According to Prince, he dated Anne for seven years without getting intimate and they are getting married next month. Congrats  Prince, you are the man,” he wrote.

Whereas many would expect social media users to celebrate the couple for remaining chaste, a lot of the comments shared bordered on why they chose the path less taken.

@Barracksjollof: “Seven years without getting some? Was this an online relationship?”

@Benself5: “Not saying it should happen but what if the two get married and the lady discovered the guy cannot rise to the occasion, what will she do?”

@I_Am_Winter: “Seven years without it doesn’t mean neither of them smashed elsewhere. Have some guys, don’t stress yourself.”