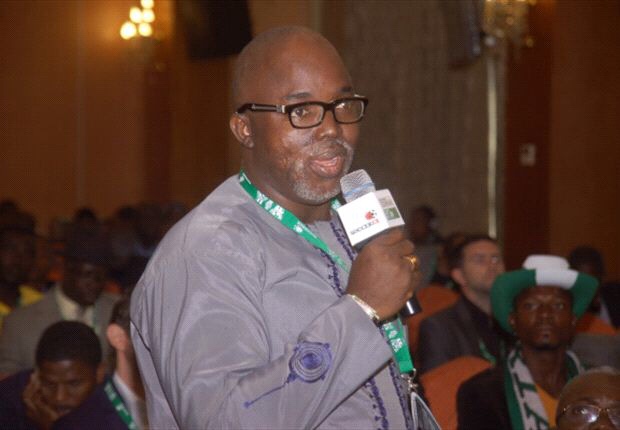 President of the Nigeria Football Federation, Amaju Pinnick, and the heads of the remaining 210 Member Associations of world football-governing body FIFA will on Wednesday in Moscow decide the host candidate for the 2026 World Cup.

All 211 Member Associations of FIFA will vote at the body’s 68th Congress in the Russian capital to choose between African candidate Morocco, and the joint bid of the USA, Canada and Mexico.

Morocco is bidding for the fifth time to host the world’s biggest single-sport fiesta, and has started a compact bid in which all host cities are within a radius of maximum two hours by air travel.

In contrast, the USA-Canada-Mexico bid spans the entire North American continent, and could present host cities that are the farthest apart in the history of the competition that began in 1930. The 2026 finals will be the first to have 48 teams in attendance.

On Sunday, at the 7th meeting of the FIFA Council, the two bids were ratified to be voted on following the publication of the Bid Evaluation Report by the 2026 Bid Evaluation Task Force.

In the unlikely event that the Congress decides not to choose either of the two candidates, FIFA will then launch a fresh procedure by inviting all interested Member Associations (outside the four already involved) in the second phase.

Styled the ‘United Bid’, the candidacy of USA-Canada-Mexico says it potentially has 23 host cities, with 17 of these located in the USA. There are three in Canada and three in Mexico.

Morocco’s candidacy is believed to be strong with support expected from a majority of African countries and the European confederation.

The 2022 FIFA World Cup finals will take place in Qatar.

Russian authorities clamp down on migrants with fan cards