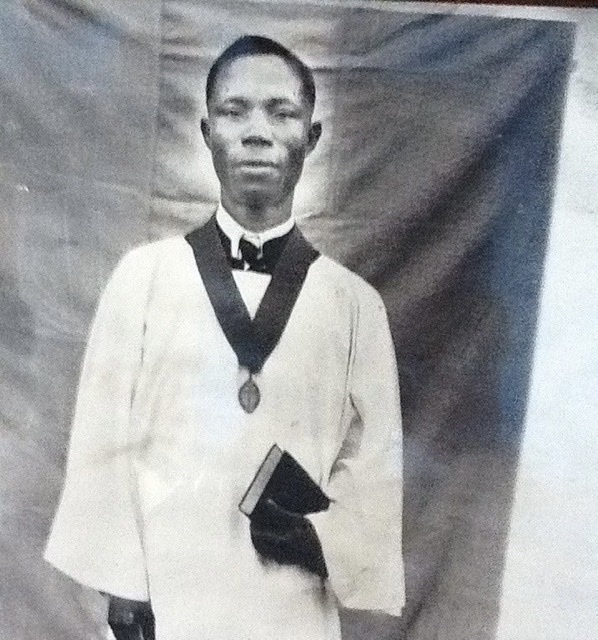 Alajo Shomolu, His name was likened to success and smartness in the track “Alajọ Ṣomolu” by Afrobeat singer, Olawale Ashimi, popularly known as Brymo.

Before the advent of unicorn fintechs and banks, people entusted their savings with thrift collectors. One of them stood out in Lagos and the areas that now constitute the South West of Nigeria: Taiwo Olunaike Alphaeus.

But that name may not ring a bell until one says “Alajọ Ṣomolu”, literally meaning the thrift collector of Ṣomolu.

He had no computer knowledge, not to talk of using a balance sheet or running an excel file, but he was good with counting and keeping money.

His fame embodies honesty, faithfulness and the true Nigerian spirit of industry.

This explains why his name was likened to success and smartness in the track “Alajọ Ṣomolu” by Afrobeat singer, Olawale Ashimi, popularly known as Brymo.

Born on September 16, 1915 in Isonyin, a small town eight kilometres from Ijebu-Ode in Ogun State, Alphaeus, also called Sir Alphaeus, was one of the surviving duo of a triplet birth at a time multiple birth was a taboo because it was believed to bring misfortune to the land.

One of the triplets was sacrificed to the gods and anotherer died at infancy. Their father too died three years after their birth.

Baby Taiwo’s close shave with infanticide was rewarded with longevity as he lived for 96 years. Born a year after Britain amalgamated the northern and southern protectorates of Nigeria, he witnessed the country’s independence 45 years later and the 50th anniversary of independence in 2010.

If his name is mistaken as a myth or legend, that is because he is linked to many wise sayings and anecdotes.

At 12, Sir Alphaeus moved to Lagos in 1927 where he was first enrolled at St. John’s School, Aroloya, and then at Christ Church Cathedral School, where he took his first school leaving certificate in 1934.

Two years later in 1936, he took up an apprenticeship role under a neighbourhood tailor named Rojaye. He would spend nine years under Rojaye’s tutelage.