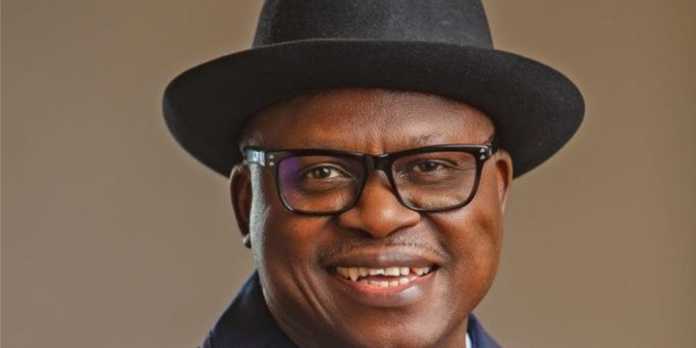 A former Managing Director of the Niger Delta Development Commission (NDDC), Chief Timi Alaibe, has told Bayelsa Governor, Seriake Dickson that he was too focused on the governorship ticket of the Peoples Democratic Party (PDP) to be distracted.

Alaibe, through his Timi Alaibe Campaign Organisation, dismissed allegations of circulating a cynically manipulated blackmailing audio levelled against him by Dickson.

A statement by the Administrative Secretary of the campaign, Prof. Seiyefa Brisibe, said it would not tolerate the use of gutter language to describe its aspirant.

The statement said: “For the records, let it be stated that we as a campaign organisation, take serious exception to the wrong use of tar-brush loaded words and gutter language to describe the person of our Principal with the intent to incite the public against him; particularly over an issue he knows absolutely nothing about. This is unacceptable.

“Our focus is to conduct our campaign on issues that will lead to the development of Bayelsa State through a shred economic prosperity and not waste energy and time on commonplace matters.

“Since the beginning of the search for a successor to Dickson, and in spite of provocative and insulting statements by certain individuals and groups, including serving commissioners in the state, this is the first time we have decided to say enough is enough.

“Our silence should not be misconstrued to mean timidity, fear or any such thing. It was basically and still a measure of the respect we and our Principal have for the person and office of the Governor. Unfortunately, that respect has not been reciprocated.

“At the point of expressing interest in this race, we were enjoined by the party leadership to run a clean campaign. We have been faithful to that directive and will continue to be. This is an internal contest in which the eventual choice of the party would need the support of other contestants to win the governorship election.

“It would therefore be unhelpful to take up issues with anyone as though winning the party ticket is a matter of life and death; certainly not with the governor who is neither a contestant in the race nor expected to sponsor any of the aspirants.

“Let it be known that we are not desperate but determined to win this race, by the grace of God. We will not allow ourselves to be distracted neither shall we engage in any indecent act or sinister strategies for the sake of this race. We are too focused to be distracted”.

Video: Truck attempting to quickly move documents out of...

Davido Should Do a DNA Test on His Son-...