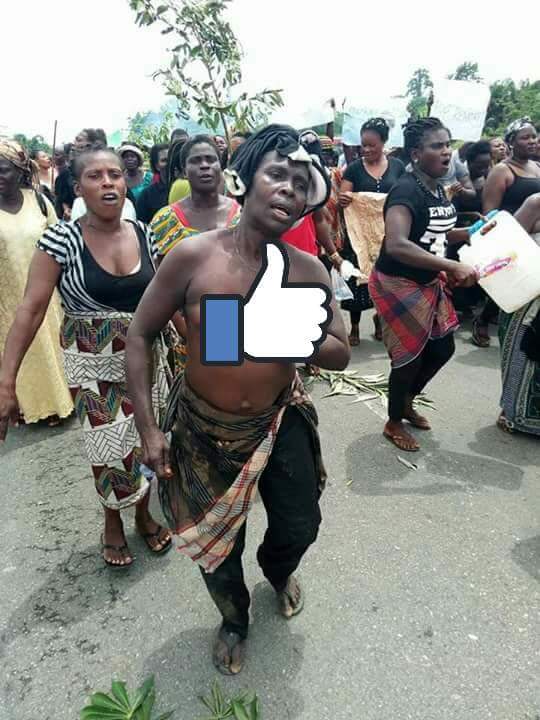 Old women yesterday took to the streets of Amassoma, Southern Ijaw, Bayelsa State to protest their removal from the payroll of the state-owned Niger Delta University (NDU).

The women, who were in their late 60s and early 70s, blocked the road leading the university in their area demanding their names to be returned to the payroll.

CLICK TO WATCH VIDEO OF TOPLESS WOMEN PROTESTERS IN NDU

It was gathered that the aggrieved women obstructed traffic as they lay on the road refusing to give way to vehicular movement.

The women, who carried fresh palm fronds and placards also blocked the entrance to the university, which was temporarily closed following students’ protest.

Investigations revealed that the women were casualties of the ongoing cleansing in the public service initiated by the state Governor, Mr. Seriake Dickson.

Dickson commenced public sector reforms to free the civil service of illegal workforce and create spaces for fresh graduates to get employments.

It was gathered the the Amassoma protesters were among those who were removed from the university’s payroll for drawing salaries despite reaching retirement age.

The angry protesters including cleaners and gardeners locked all offices claiming that the government had blocked their source of livelihood.

They said Dickson was marginalising the people of Amasomma and denying them their only means of survival created by their late son and former Governor Diepreye Alamiyeiseigha.

The protesters said the NDU would not be opened for academic activities until the state government reversed its decision. 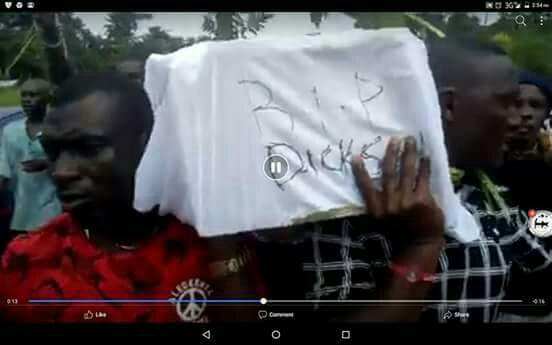 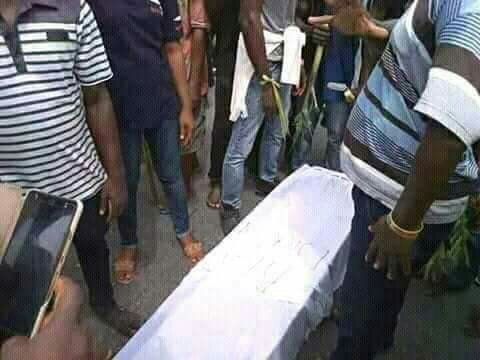 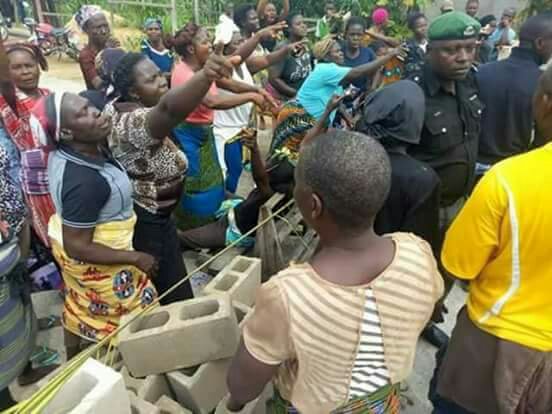 But the Commissioner for Information and Orientation, Mr. Daniel Iworiso-Markson, said the protesters were mainly aged people, who could not understand that civil service has age limitation.

He said the protesters would rather thank the governor if they understood that the public reforms were meant to secure the future and provide opportunities for their jobless children.

The commissioner said the protesters were among the over-bloated non-academic staff weighing down the university adding that the school had a ratio of 70 percent non academic staff to 30 per cent academic staff.

He said the affected women were not going to work but were drawing salaries at the end of the month.

He said to ameliorate the effects of removing the retired persons from the payroll, the government decided to pay them three-month salaries in lieu of their disengagements.

He said: “The protest is being supported and sponsored by the enemies of the state. Instead of explaining to the women that they had gone beyond the age of retirement and should leave the system as required by the law, these enemies made it look as if the government was set to punish the women.

“But we are engaging them and we know that very soon the women will come to realise that there is age limitation in the civil service. They will soon know that at a certain age a civil servant is expected to leave the system to create spaces for fresh graduates.

“These graduates are the sons and daughters of these women. They roam the streets without jobs because the system has been weighed down by illegalities.

“But the governor has decided to do the right thing. He has done what others could not do by ensuring a vibrant, productive and efficient public sector. The governor needs commendation. He needs to be encouraged to complete the reform because at the end these protesters will be the ultimate beneficiaries”.

CLICK TO WATCH VIDEO OF TOPLESS WOMEN PROTESTERS IN NDU 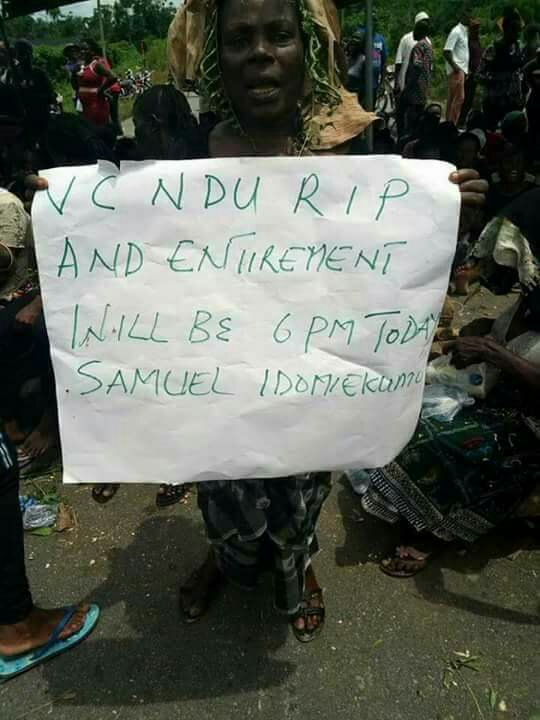 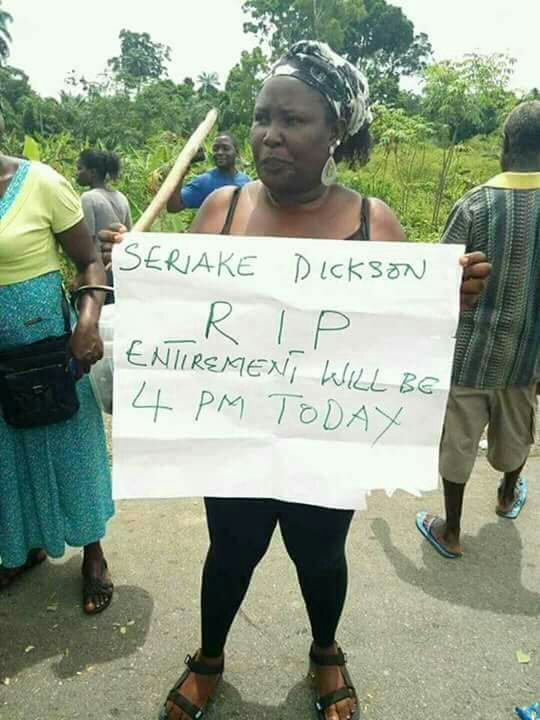 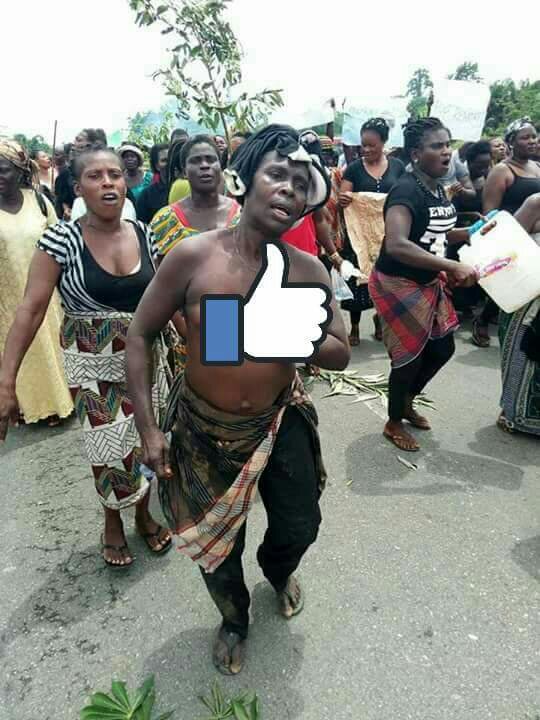 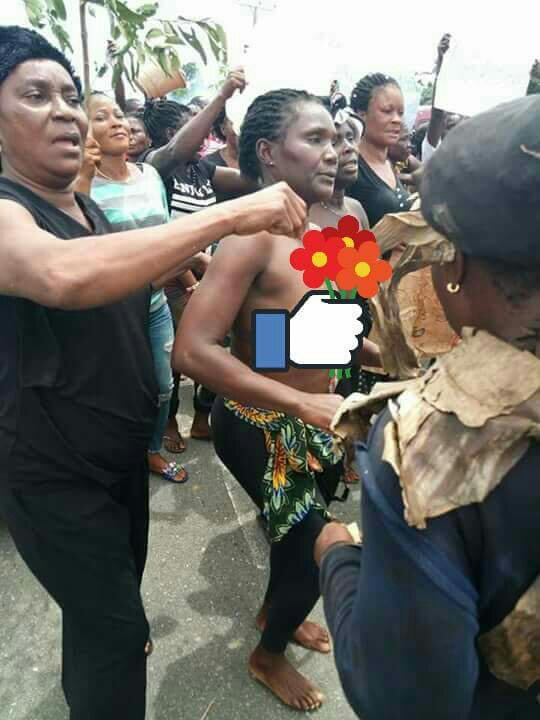