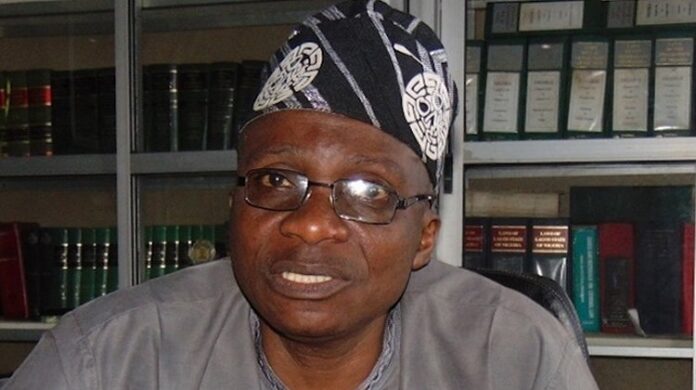 The pan-Yoruba socio-political organisation, Afenifere has lambasted the Special Adviser to the President, Major General Muhammadu Buhari (retd.), on Media and Publicity, Mr Femi Adesina over his comments on critics.

Adesina was reported to have said he had stopped attending a church in Abuja because the pastor was always attacking the Buhari regime.

The Secretary General of the Afenifere, Mr Sola Ebiseni, in a statement on Saturday declared that the Buhari regime had performed woefully and needed to be criticised.

The statement reads partly, “From  the days of Prophet Samuel to Saul; Nathan to David when he killed Uriah and took his wife Bathsheba; Elijah who told Saul that he and his household were the troublers of Israel, up to modern days Martin Luther king, Desmond Tutu, Archbishop Okogie, Bishop Gbonigi, Matthew Kukah, Tunde Bakare and all, the commission of God to His prophets does not exclude speaking truth to earthly rulers. Of course, while these true men of God speak truth to power, there are legions of men, like the 400 prophets of Ahab against Micaiah and of Baal, who lurk around power to massage the egos of rulers and cause them to sin the more.

“Such advisers abound in this government who make the President believe he has power over land use and some who would advise the people to choose between their lives and land and deceive the President that peaceful agitators like Sunday Igboho have capacity for territorial secession or that killing Nnamdi Kanu would stop Biafran agitation. Only God can safe rulers from such counsels as He did of Ahitopheli.”

Yinka Odumakin recovered from coronavirus a week before his demise – wife