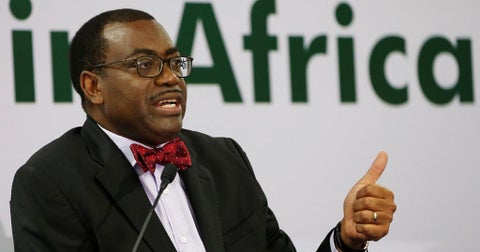 The Bureau of the Boards of Governors of the African Development (AfDB) Thursday debunked report that it has asked the Bank’s president Akinwumi Adesina to face a fresh probe.

The Board’s chair, Madame Niale Kaba, in a statement made available to Daily Trust Thursday said it has not taken any fresh decision (on Adesina) as falsely reported in the media.

She said: ” The Bureau of the Board of Governors of the African Development Bank met on Tuesday, 26 May, 2020 to consider the matter arising from a whistleblowers’ complaint against the President of the Bank, which was dealt with by the Ethics Committee of Board of Directors of the Bank and for which I received letters from some shareholders expressing various views.

” Following the meeting, my attention has been drawn to several publications in the national and international press regarding the content of the deliberations of the said meeting, and I am compelled to make clarifications in order to avoid misunderstanding.

“I must emphasise that there is no governance or constitutional crisis at the African Development Bank Group. It is indeed false that the President of the Bank Group has been or is being asked to step down from his position.

“Everyone must allow the Bureau to do its work and allow due process to reign. All the Governors will be carried along in resolving the issue.”

Hushpuppi is into real estate Business, not a fraudster...