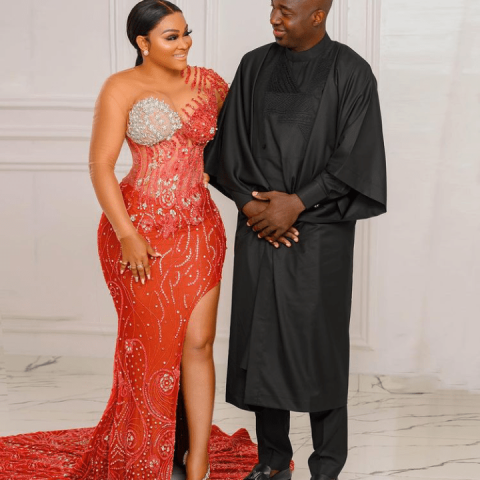 The actress made the revelation on Sunday, January 23, 2022 to celebrate the birthday of the new hubby who goes by the name of Kazim Adeoti, popularly known as Adekaz Productions in the Yoruba movie circles.

The actress further revealed that their marriage took place in December of 2021 without any fanfare.

Interestingly, the former husband, Lanre Gentry also remarried last year in September. Unlike his former wife’s marriage, Lanre Genre made a meal of his on social media.

Lanre and Mercy parted ways after a 7-year tumultuous union, oftentimes leading to violence and public dramas. While Mercy accused Lanre of domestic violence, Lanre accused the actress of infidelity.

In reaction to Mercy Aigbe’s marriage, the former husband posted a picture of himself, the actress and the new husband of the actress, to tell the world the man the actress just married used to be his friend