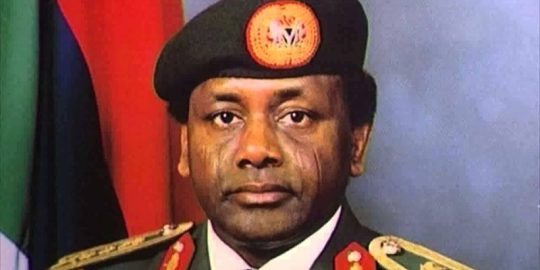 The Federal Government says it will commence disbursement of the recovered 322 million dollars Abacha loot through Conditional Cash Transfers (CCT) to 302,000 poor households in 19 states in next month’s July.

Tukur Rumar, of the National Cash Transfer Office (NTCO), disclosed this at a roundtable on assets recovery organised by the Swiss
Embassy on Thursday, in Abuja.

According to Rumar, the benefiting households will receive N5,000 monthly.

Mr Iorwa Apera, the National Coordinator, National Social Safety Net Coordinating Office (NASSCO), said 503,055 households were
already on the NSR register from the 19 states, adding that by July, there would be a social register for all the states of the federation.

“The Federal Government would begin with those states because they had signed a Memorandum of Understanding (MoU) with NASSCO to put in place the certain infrastructure to empower the national register.

“Some of the states delayed, but the other ones were quick enough to set up infrastructure that allowed us to start work there, but all the states are now on board as they have set up their state operating offices and donated office equipment to us.

“As states come on board, we enrol and so they extend to the beneficiary register, and presently we are generating data in all the states now,’’ he said