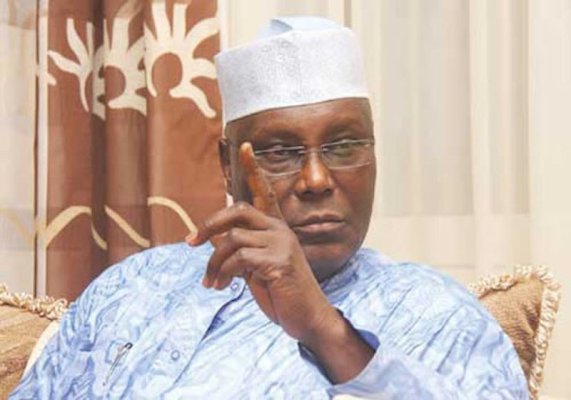 Former Vice President Atiku Abubakar has said he is in the 2019 presidential race to put the country back on track of rapid development and prosperity.

Atiku stated this during inauguration of his Ghana based two newly formed diaspora supporting groups, the Atiku Ambassadors in Diaspora and Atiku Solidarity Movement in Diaspora in Lagos.

He assured the group that he would not disappoint their expectations in delivering good governance that Nigerians, both home and abroad, have been yearning for, since after independence.

Atiku stated that plight of every Nigerian over present situation of the country, needed to be given required attention.

The former vice, who was represented by chairman, Lagos-West Senatorial District, People Democratic Party (PDP), Ajagbe Adejumo, raised concerned over the country which he claimed was in critical need knowledgeable, embracing and determined leadership that would take rightful place in the comity of nations.

He indicated that leaders in the country had invested much hope and gave more cooperation to have that dreamed country, than any other in history was consumed in petty divisive antics.

The former vice prescient, who commended the diaspora support for his presidential race, decried that Nigerians were in threshold, with much distrust, anger and hunger across the land, despite the nation’s huge human and material potentials, and that doing nothing and continue on ill the path till nation goes up in flames of hate, could be dangerous for future of Nigeria.

“Effort against taking up of arms, in a violent revolution that may not solve our problems but needlessly lead to the loss of many promising lives, must be avoided and it is through your support and that of other Nigerians could that be achieved.