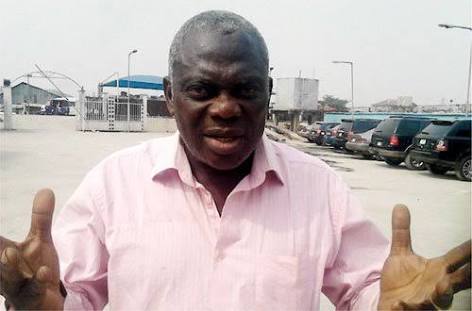 Chief Perekeme Kpodoh, the Former Security Adviser to the Bayelsa State Government has dismissed as “ego trip” and “half truth” the claim by the former Governor,Chief Timipre Sylva that the All Progressive Congress (APC) lost in the last governorship election in the state due to alleged greed and anti-party act by some chieftains of the Party.

According to Kpodoh, the loss of the APC at the last governorship election and the near collapse of the party in the state is due to the inordinate ambition of former Governor Sylva to occupy the creek Haven sit of Bayelsa government House.

Kpodoh also cautioned the Former Governor Timipre Sylva against use of words derogatory to the seat of Bayelsa Governance over his description of the incumbent Governor Seriake Dickson a “rat in Government house” insisting that critism should be based on issues and not name calling and derogatory insults.

Chief Perekeme Kpodoh, who is an APC chieftain and had served under Chief Timipre Sylva as Chief Security Adviser, said the decision by the former governor to make the APC his one-man party with hyjack of party governorship ticket, violence and imposition of party structures, the APC lost the good will of the people of the State

According to Kpodoh, “Sylva will never change. The APC failed at the last election due to his inordinate ambition to become Governor by all means. When I risked everything to hoist the first APC flag in the state despite threats and seizure of my property, Sylva came and imposed the same party executive he is accusing of running after money than victory for the party. He later, hijacked the Governorship primary with thugs and cultists and held hostage the Former Edo State Governor, Adams Oshiomole. ”

“Is it not the same Oshiomole, he is supporting now for chairmanship. He stoned PMB during the CPC campaign in Bayelsa and claimed to be his core loyalists now. He had insulted the Bayelsa people with violent conduct, huge loans and debts,now he wants to govern them under APC? It will not work. ”

“if Sylva had allowed the Governorship primary to take place,he would have been defeated and his fading political power would have been finished. He resorted to violence and scuttle the party chances to get it right. In his usual way, Sylva promised the same party chairman and many others the position of Deputy Governor and the party paid dearly for it.”

“In his desperation to sought for money to fund his ambition, Sylva sold out his properties and borrowed monies. The people of the State were following and knew that instead of the change promised by the party, an APC governor under Sylva will loot the State blind again. They voted the party with the better candidate. ”

“Now, 2019 is around the corner and Sylva have started talking. The party have started fumbling again with parallel Congresses and divisions. How would such a party win in Bayelsa? APC under Sylva was built under deceit and division.

Kpodoh called on Sylva to stop shifting blame and allowed a clean process of reconciliation among members of the party and step aside for a credible party primary process devoid of thuggery,” those who claimed to be his core supporters know what we are saying and are not ready to go into the polls with him as candidate of the party in 2019.If he emerges again, the APC will loose again and again.”

The Governorship flag bearer of the All Progressive Congress (APC) in the 2016 Governorship election in Bayelsa State, Chief Timipre Sylva had on Friday during the inauguration of the State Executive of the party opened up and offered reasons for the loss of the party to the candidate of the People Democratic Party (PDP), Governor Seriake Dickson.

Chief Timipre Sylva, who is the leader of the APC and former Governor of the State, said the 2016 governorship election was lost by the APC because the Former State Executive of the party traded with the party by running after money and not the victory of the party