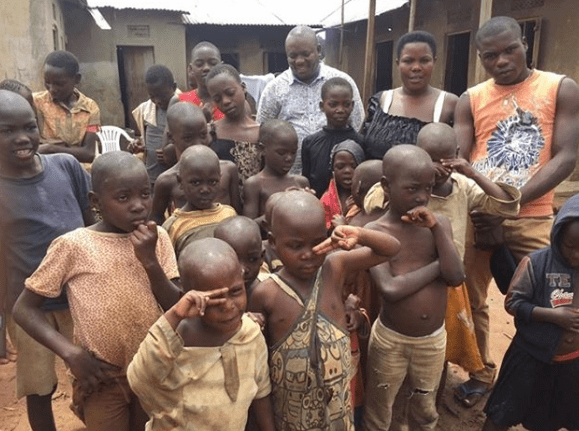 In a rare case, a woman in Uganda has been banned from conceiving any more, after giving birth to 44 children.

Mariam Nabatanzi has been dubbed ‘the world’s most fertile woman’ by locals after she managed to give birth to four sets of twins, five sets of triplets and five quadruplets.

But, doctors in Uganda have banned Nabatanzi from giving birth to any more children, according to Al Jazeera documentary quoted in 7news.com.au.

The single mother, who earlier this year was the subject of an Al Jazeera mini-documentary, works a handful of jobs to take care of her 38 living children.

Nabatanzi works as a tailor, hairdresser and herbalist to support her family, and has said that, above all, she wants her children to receive an education.

Dr. Chales Kiggundu, a gynaecologist interviewed in the documentary, said Nabatanzi’s incredible number of pregnancies were the result of hyperovulation, which is when the body releases more than one egg during the menstrual cycle. The phenomenon increases a woman’s chances of having twins, triplets or quadruplets.

Nabatanzi has made attempts to stop having children in the past, including using an IUD after her 18th baby was born, a 2018 BET article reported. However, the device made

Govt Raises Alarm, Says Those In Quarantine Have Started Having Sex With Each Other

Woman lecturer goes to jail for insulting President in a poem

Adesina steps aside as AfDB president to allow fresh...

Presidential Aide, Bashir Ahmed Reacts After Being Called Out...