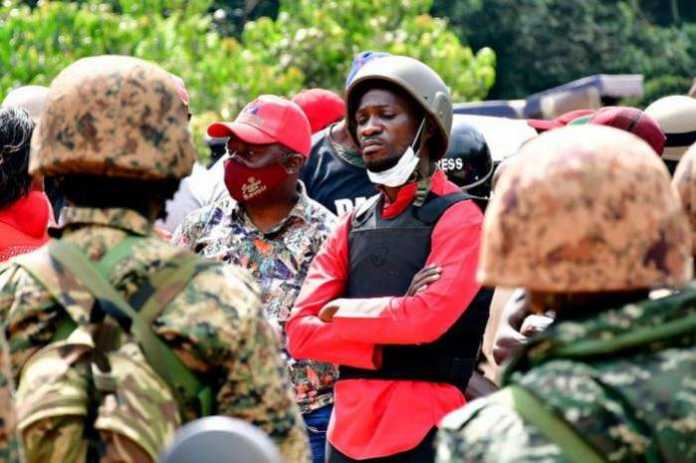 Ugandan opposition leader Bobi Wine has been arrested, his office said in a statement.

‘Bobi Wine arrested as he led MPs and other leaders in a peaceful protest against the abduction, torture and murder of his supporters,” an official statement on Twitter said on Monday morning. “The protest was taking place at City Square, Kampala.”

It was unclear whether President Yoweri Museveni knew of the arrest, or which agency was responsible.

Bobi Wine and his supporters have continued to face violence from Ugandan authorities following the disputed presidential elections in January.