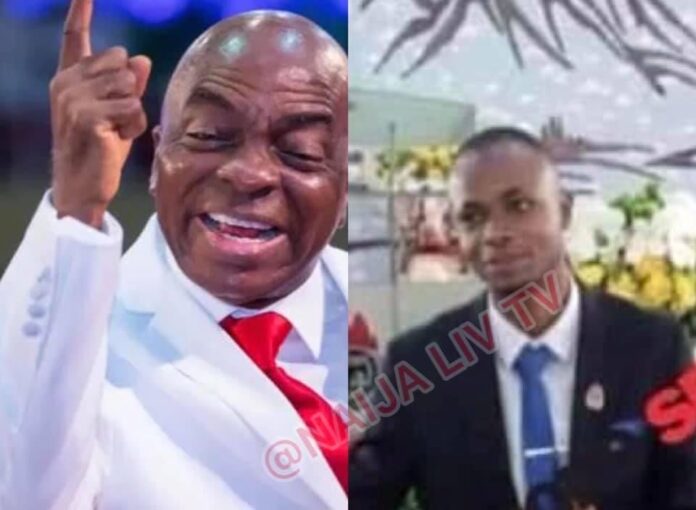 The leadership of the Living Fath Church has reportedly sacked 40 pastors for not meeting financial targets set by the church.

One of the affected pastors is Pastor Godwin, who was in charge of a branch of the church at Abete in Ekiti state. In video making the rounds on social media and seen by TheinfoNG, he said he was among one of the many pastors that was selected to head a branch based on Bishop Oyedepo’s mandate on establishing 10,000 branches and he was employed on August 28th, 2020.

He disclosed carried out his duties as a clergyman but he received a phone call from the state pastor for a meeting on July 1st, 2021.

On arriving there, he met over forty pastors, who were heading different branches of the church and they were served a letter each, which was a letter of release.

He admitted that he was shocked because he knew he hadn’t engaged in any unholy act, but was again surprised, when he read the content of the letter, which stated that his branch hasn’t been meeting the financial target that was expected of it, emphasizing that the commission doesn’t operate at loss.

It follows with him vacating the official accommodation as well as everything owned by the church and wasn’t even given any exit package.

Still bewildered about his sacking, he plans to take it to the relevant church authority, to know if they are aware about the development.