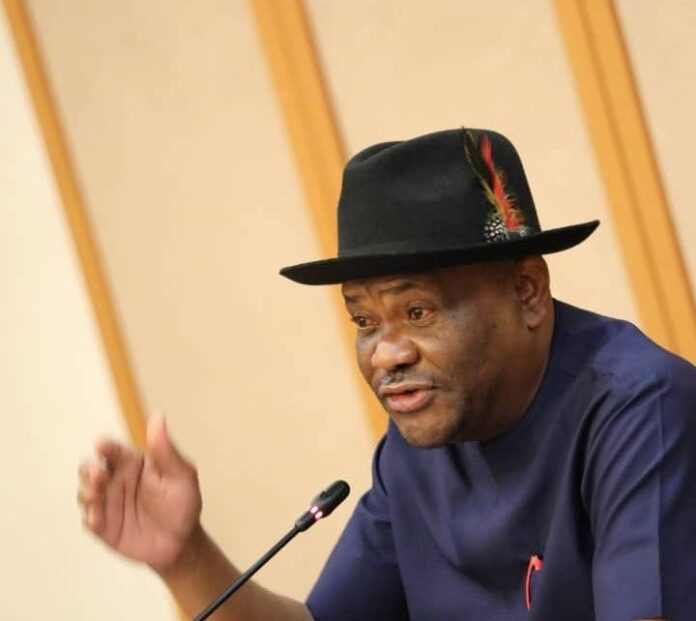 Wike, governor of Rivers state, says it is wrong for President Muhammadu Buhari to abandon his constitutional responsibility of securing Nigerians for governors.

During an interview with Arise TV on Thursday, Buhari said he told two south-west governors, who came to meet him in Abuja, to return to their states and tackle the security challenges their people are facing.

“I told them you campaigned to be elected and you are elected. I told them (to)go back and sort out themselves,” the president had said.

But while inaugurating a road project in Etche LGA of Rivers on Tuesday, Wike said Buhari cannot shift the responsibility of securing Nigerians to governors when he is the commander-in-chief of the armed forces.

In a statement issued by Kelvin Ebiri, his spokesman, the governor was also quoted as saying that the Buhari administration lacks the strategy to restore peace across the country.

“Mr President, you’re the Commander- in-Chief of the Armed Forces of the Federal Republic of Nigeria. You appoint Inspector General of Police (IG), you appoint the Chief of Army Staff, Chief of Naval Staff, the Commissioner of Police (CP), Director of Department of State Service (DSS) and other heads of security. Which one do we appoint? How can people appointed by Mr. President be under me?” Wike asked.

“It is not only to borrow money for Nigeria that you’re in charge. You must also be in charge in other things including security. Who signed order 10? Is it the governors? It is not when things are going bad concerning security, and you say you’re not in charge, and it becomes governors’ responsibility.

“Mr President should have come out openly and said, my APC governors, stop worrying me. Go back to your states and do your work. On that, I support him.

“Thank God, Mr President knows that I am not one of those that go to visit him over one problem or the other. I, as the governor of Rivers under PDP, you’ll never find me there.”

Wike further said the federal government should admit that it can no longer fulfil promises made to Nigerians, and strive to lead the country out of its present challenges.