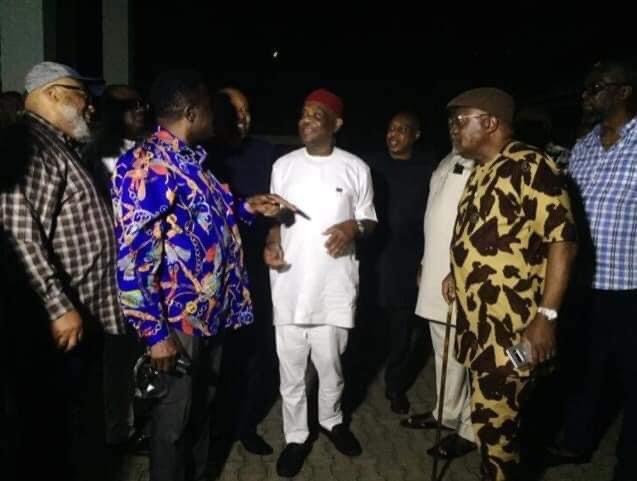 Governor of Rivers state, Barr. Nyesom Wike, has arrived at the home of Mary Odili, a justice of the supreme court.

The governor arrived minutes after army and police operatives stormed the home of the supreme court justice.

The security operatives, who came with a search warrant, said they received information on “illegal activities” going on in the house.

The supreme court judge is the husband of Peter Odili, former governor of Rivers, who is currently on the watchlist of the Economic and Financial Crimes Commission (EFCC).

Those Plotting Downfall of my administration will Fail – Wike