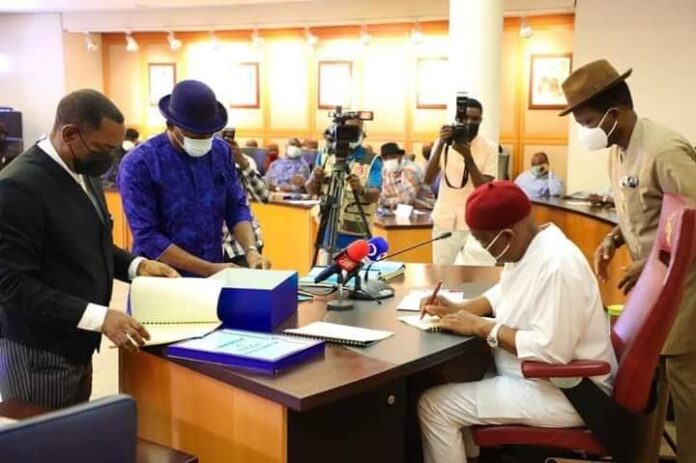 Nyesom Wike, governor of Rivers, has signed the bill which prohibits open grazing in the state, into law.

Wike assented to the bill at the Government House in Port Harcourt, the Rivers Capital, on Thursday.

The development comes weeks after governors of the southern region set a deadline of September 1 for states in the region to ban open grazing.

According to a statement by Kelvin Ebiri, the governor’s spokesman, the Open Rearing and Grazing Prohibition Law No 5 of 2021 will address the issue of farmer-herder clashes in the state.

Speaking on the development, Ikuinyi-Owaji Ibani, speaker of the Rivers house of assembly, explained that the law prohibiting open grazing of livestock in the state, will promote peace and security.

He also assured residents that the “lawmakers will continue to partner the executive in providing requisite laws that will advance the state for the good of posterity”.