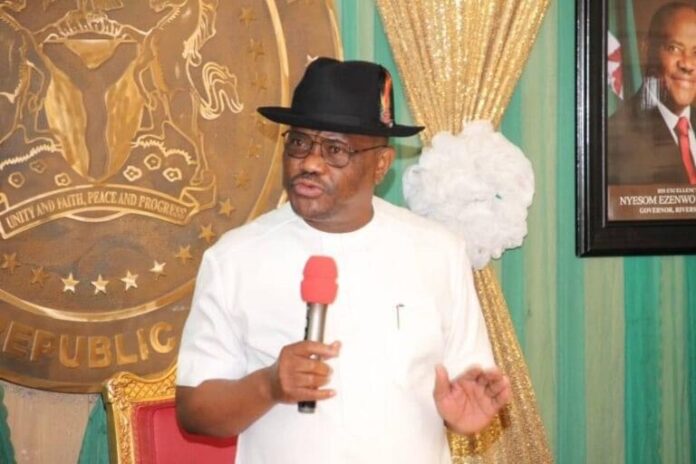 Nyesom Wike, governor of Rivers state, says the 3 percent provision for host communities in the Petroleum Industry Act (PIA) is not enough to address the environmental challenges in the Niger Delta region.

Wike said this on Sunrise Daily, a Channels Television programme, on Tuesday.

On Monday, President Muhammadu Buhari signed the PIB into law in what was described as his determination to fulfill his constitutional duty.

A contentious issue in the bill is the allocation of 3 percent oil companies’ operating expenses for host communities — a percentage described as insufficient by some stakeholders.

Reacting to the petroleum industry Act, Wike said the signing by Buhari is a great development for the country but stressed that it doesn’t take into consideration the yearnings of the host communities.

He said the 3% allocation is relatively meagre to tackle the environmental pollution caused by oil exploration in these communities.

“As the host communities from the angle of someone who is from the Niger Delta, does the law really attend to our yearnings by Mr. President? No, in the sense that we believe that three percent is not enough as regards the kind of pollution and environmental crisis we have had as a cause of oil exploration,” he said.

“And I thought what Mr. President would have done is tell members of assembly to take into consideration yearnings of the host communities.”

“On that basis, I will say that we’re not quite happy because that three percent is not enough to tackle the issue of environmental pollution as regards oil exploration in our areas.

“The Petroleum industry law is a great development to the country, my concern is that the three percent is not enough for host communities.

“When you take into consideration who will manage these funds, and who will define who are the host communities or not. We are not arguing that passing the Petroleum act is not good for Nigeria.”