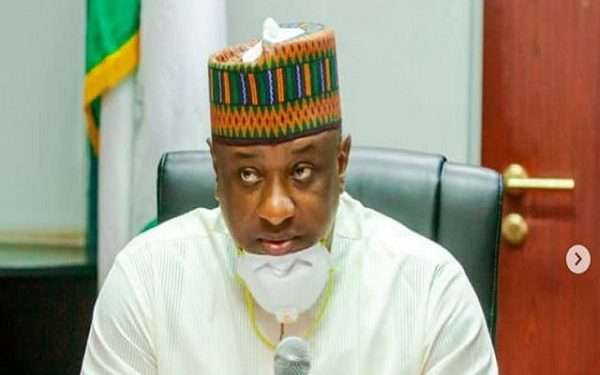 Keyamo had in a flurry of tweets on Saturday tackled the singer over ‘Jaja Jaga Reloaded’, his recently released song.

One of the tweets had contained the singer’s contact which he used to send him text messages in 2018.

“In 2018, when I was named the director of strategic communications for Buhari Campaign Organisation Eedris waxed a song in support of Buhari & wanted to join us, albeit for a fee. He then made desperate efforts to see me through text messages from his phone no…,” he had written.
The social media giant took down two other tweets from Keyamo’s thread.

It, however, did not explicitly state which of its rules was violated.

In a blog post, the company explains the process of removing a tweet considered to have violated its rules.

“When we determine that a Tweet violated the Twitter Rules, we require the violator to remove it before they can Tweet again. We send an email notification to the violator identifying the Tweet(s) in violation and which policies have been violated.

They will then need to go through the process of removing the violating Tweet or appealing our review if they believe we made an error,” it wrote.

The development comes at about the same time when Abdulkareem had hit back at the minister for claiming that he once begged to support the President Muhammadu Buhari-led government.

Eedris Abdulkareem Reveals Why He Begged Keyamo For Assistance In 2018 …Says, “Issues raised on ‘Jagajaga Reloaded’ are facts”

They want to control recruitment of 774,000 Nigerians – Keyamo exposes lawmakers