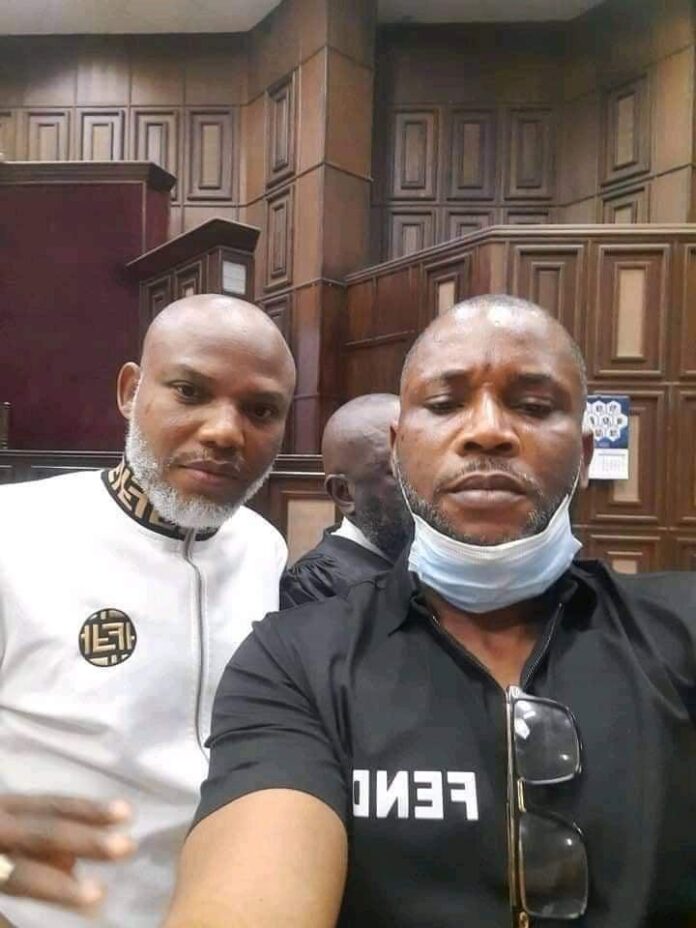 The leader of the proscribed Indigenous People of Biafra (IPOB), Mazi Nnamdi Kanu on Thursday pleaded not guilty to the seven-count charge of terrorism levelled against him by President Muhammadu Buhari-led government.

Kanu who made the plead before the presiding judge, Justice Binta Nyakoat of the Federal High Court in Abuja asked the court to dismiss the newly amended charges of seven counts.

Daily Independent had on Monday reported that the Federal Government slammed an amended seven-count charge against Kanu in a notice titled, ‘Federal Republic of Nigeria Versus Nnamdi Kanu,’ with suit number: FHC/ABJ/CR/383/15, was served on Ejiofor and the prosecuting lawyer, Shuaibu Labaran.

The judge, Binta Nyako, fixed the date after the office of the Attorney-General of the Federation (AGF) filed the amended charges.

Mrs Nyako also made an order that three people of Mr Kanu’s choice should be allowed to visit him every Thursday.

However, Mr Kanu’s request that he be transferred to Kuje Correctional Centre was rejected by the court.

It could be recalled that the new amended charges raised the total charges to seven counts against the five counts he was previously facing which bordered on treasonable felony and terrorism through his separatist activities.

However, when the charges were read to him, Kanu pleaded not guilty.

Kanu was first granted bail in April 2017, but fled the country after the invasion of his home in Afara-Ukwu, near Umuahia, Abia State, by the military in September that year, a situation one of Mr Kanu’s lawyers, Alloy Ejimakor described as the “rule of self-preservation.”

Mrs Nyako subsequently revoked his bail for ditching his trial, and ordered his trial to be separated from the rest of the co-defendants’.

While the trial of the rest of the defendants has made some progress, Mr Kanu’s has been stalled since 2017.

On June 29, 2021, the Attorney-General of the Federation, Abubakar Malami, announced that Mr Kanu had been rearrested and brought back to Nigeria to continue facing his trial.