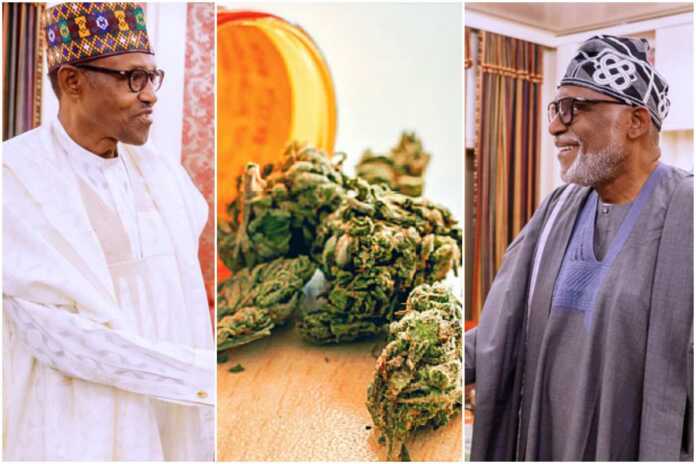 Ondo State Governor and Chairman of the South-West Governors’ Forum, Rotimi Akeredolu, says it is important for the country to legalise the cultivation of cannabis for medicinal purposes.

He spoke on Thursday on a live interview programme tagged ‘Governor Speaks’, which is part of activities lined up in commemoration of his 100 days of his second term in office. Akeredolu was sworn in for a second term on February 24, 2021 after he won the October 10, 2020 governorship election on the platform of the All Progressives Congress.

Speaking during the live interview, the governor said cannabis could be a strong foreign exchange earner for Nigeria if its cultivation was legalised.

Akeredolu said, “We must find a way to legalise cultivation of cannabis for medicinal purposes. There is nothing wrong about it. We are only shooting ourselves in the foot. It is a foreign exchange earner for people outside the country. People want this. We ourselves, even our pharmacies want to develop…

“I travelled out of here and I was in Thailand trying to study the cultivation of cannabis for pharmaceutical use. We did all these, we even went there with NDLEA (National Drug Law Enforcement Agency), the chairman at that time went with us, maybe he came and said what he went for was for a different thing but that was why we went and all I felt that let us look at the way they did it over there.

The PUNCH had earlier reported on January 7, 2021, that the House of Representatives was proposing legalisation of cultivation and trading in cannabis for medical and cosmetic use, research purposes as well as revenue generation for Nigeria.

This is being proposed in the Cannabis Control Bill 2020, sponsored by Miriam Onuoha, which is awaiting second reading but the bill has been met with stiff criticisms and opposition.

The legislation is titled, ‘A Bill for an Act to Regulate the Cultivation, Possession, Availability and Trade of Cannabis for Medical and Research Use, and Related Purposes.’

Cannabis cultivation and sale are presently outlawed in the country.