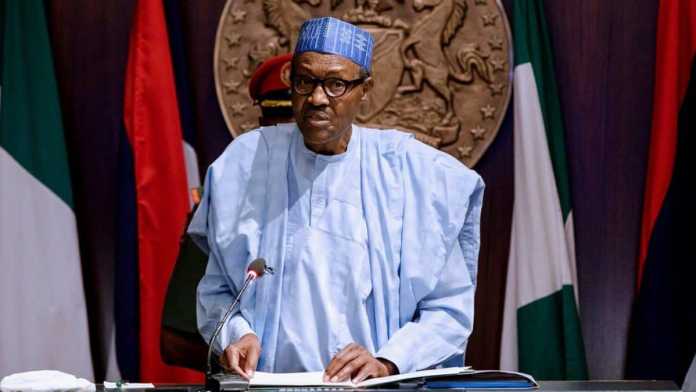 President Muhammadu Buhari, on Tuesday, said the Finance Bill 2019 he forwarded to the National Assembly when passed into law, will permit government to raise the country’s Value Added Tax (VAT) from 5 to 7.5 per cent.

Buhari disclosed this when he presented the 2020 Appropriation Bill to the joint session of the National Assembly in Abuja on Tuesday.

He said: “The draft Finance Bill proposes an increase of the VAT rate from five per cent to 7.5 per cent As such, the 2020 Appropriation Bill is based on this new VAT rate.

“The additional revenues will be used to fund health, education and infrastructure programmes.

“As the States and Local Governments are allocated 85 per cent of all VAT revenues, we expect to see greater quality and efficiency in their spending in these areas as well.”

According to him, the VAT Act already exempts pharmaceuticals, educational items, and basic commodities, saying the exemptions are being expanded under the Finance Bill, 2019.

Buhari also listed specific items that would be exempted from the proposed VAT to brown and white bread; Cereals including maize, rice, wheat, millet, barley and sorghum; Fish of all kinds; Flour and starch meals.

Other items, according to him, are fruits, nuts, pulses and vegetables of various kinds; Roots such as yam, cocoyam, sweet and Irish potatoes; Meat and poultry products including eggs; Milk; Salt and herbs of various kinds; and Natural water and table water.

According to the President, the bill has five strategic objectives of promoting fiscal equity, reforming domestic tax laws and raising revenue.

He said: “Accompanying the 2020 Budget Proposal is a Finance Bill for your kind consideration and passage into law.

”This Finance Bill has five strategic objectives, in terms of achieving incremental, but necessary, changes to our fiscal laws.

“These objectives are; Promoting fiscal equity by mitigating instances of regressive taxation; Reforming domestic tax laws to align with global best practices and Introducing tax incentives for investments in infrastructure and capital markets.”

Other objectives of the bill are: Supporting Micro, Small and Medium-sized businesses in line with our Ease of Doing Business Reforms; and Raising Revenues for Government.

“Additionally, our proposals also raise the threshold for VAT registration to N25 million in turnover per annum, such that the revenue authorities can focus their compliance efforts on larger businesses thereby bringing relief for our Micro, Small and Medium-sized businesses.”

President Buhari further maintained that, “it is absolutely essential to intensify our revenue generation efforts.

“That said, this Administration remains committed to ensuring that the inconvenience associated with any fiscal policy adjustments, is moderated, such that the poor and the vulnerable, who are most at risk, do not bear the brunt of these reforms,” NAN quoted him as saying.

JUST IN: Douye Tenure May End Soon, As APC...