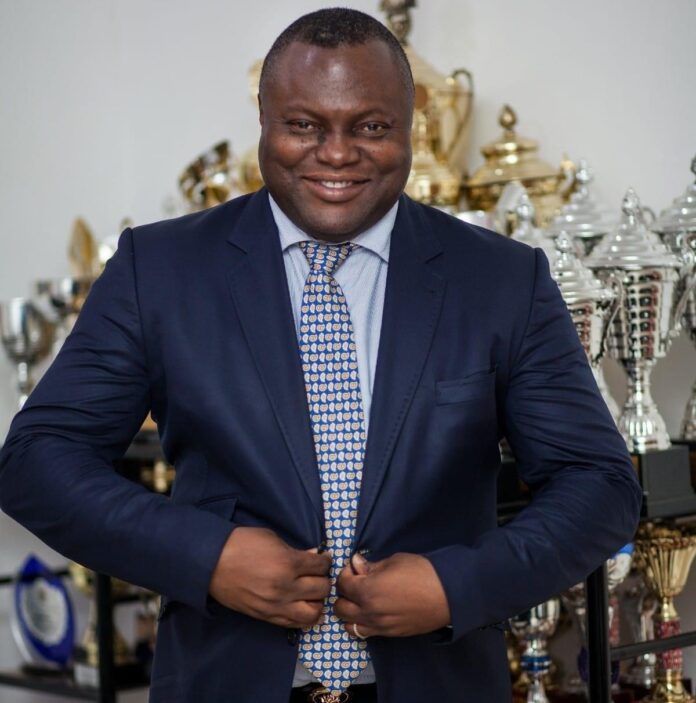 Despite the difficult moment some staff of Baraza Cooperative Society allegedly made the organization to go through, its Chief Executive Officer, Miebi Bribena has said that the storm is almost over.

He made the assertion against the backdrop of the huge success made in its road to recovery plan which has boosted the chances for formal operations to resume fully on July 19, 2021.

Bribena at a live Facebook interactive session on Saturday, July 10, admitted that it has been a tough period for the organization but expressed gratitude to God and the members who have waited patiently because of their trust for him.

“We are very excited and grateful to God for giving us the grace to go through this period. It was a very difficult moment but I want to also commend members for their patience throughout this period,” he said.

The Baraza Boss lamented that while he was battling to save the organization from crashing, some of his staff, who were responsible for the setback, were spending money and enjoying themselves in night clubs singing “Dorime Ameno”.

According to him, one of the staff who is currently under investigation diverted about N158 million through various means and the shocking revelation was made after the audit of 15 out of the 25 thousand files for Bayelsa State alone.

His words: “We have audited up to 15 thousand files as at today for Bayelsa. One of the top guys involved in this fraud, diverted about N158 million. The money includes what he collected directly from members that never came to Baraza, it includes accounts that were removed and pseudo accounts put to collect money.

“It also includes people that we were paying interests to but never had their money (capital) because the syndicate was able to register them in the system and also payment of profits to people whose tenure had elapsed.

“These staff who wanted me to run away so that the system will crash completely did not mind what I personally was going through. Anything could have happened to me. I could have been killed, maimed, assassinated or even poisoned to death. But they were busy flexing, enjoying themselves, doing Dorime In Night Clubs”.

He announced that N10 million has been recovered from a staff out of the N24 million traced to him which exclude the profit paid out while the other staff who diverted N158 million has squandered the entire money left for a car and a landed property worth N2 million that was recovered from him.

Bribena explained that the cooperative is not in hurry to take them to court because they want to explore all avenues of Alternate Dispute Resolution (ADR) before they can decide those to prosecute.

“For every investigation, what is the purpose you want to achieve? Our first purpose is recovery that is what we go for. We are not in a hurry to take them to court. It is only when we exhaust all avenues that we can now go to the last option of prosecuting them and if found guilty pay for their crimes with a jail term.

“So, for us, it is what can we get out. Some of them have made promises because they have squandered the money and there is nothing to show for it. The only person that we could see something tangible to take from is the Head of ICT, who has built a very beautiful house. I have not gone there but they say the house is awesome. The doors alone are something else. He has relinquished the house voluntarily to Baraza and estate values are valuing the house right now so that we can know the right price and put it to sale or know what to do with it.

“After 19 of July, we will hold a general meeting and determine somethings. This is a cooperative and there are some decisions I cannot take myself. So in the meeting we can decide if we will do a raffle draw for Baraza members. So if for instance the house is N50 million, anybody that can bring N200 thousand and we can do the draw and a winner emerges. And who knows we might make more more through that means than even selling the house. So, there are innovative ways we can do things and raise more money for the cooperative”.

While assuring that its 10 years vision is still on course, he disclosed that all staff has been asked to reapply except those involved in the alleged fraud, adding that they will carry out security checks, and all returnee staff must bring a guarantor before they can be re-engaged.

Ekowe Poly staff protest appointment of acting rector, say he does not meet the criteria