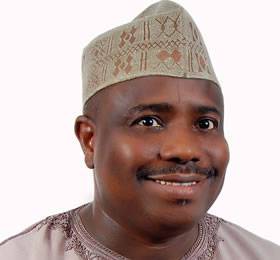 Sokoto State Governor, Aminu Tambuwal, on Monday said, he is able and capable to compete with President Buhari in the coming 2019 Presidential election.

He made this known while reacting to the statement of the APC National Leader, Ahmed Tinubu, about his exit from the ruling party.

According to a statement on the State’s Twitter handle, @sokotogovthouse, Tambuwal said;

“If I wanted to and if the Presidency is what (why) Ahmed Tinubu thinks I defected, I could contest with President Buhari under the APC. I have what it takes to have contested with Mr. President.”

“Tinubu tried to rock the boat when he was denied Buhari’s vice presidency. He thinks every other person could behave his way. If I wanted to contest under the APC as president, I could have done so and only the votes could have produced a winner.