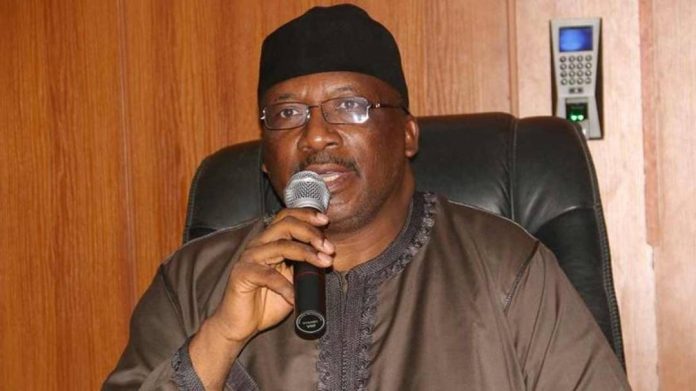 The Federal Government of Nigeria on Wednesday said it was not treating with levity the report that a terrorist group, the Islamic State, was sending insurgents trained in Syria to the country as part of a terror exchange programme.

Indications emerged last week that leaders of Islamic State (IS) were sneaking battle-hardened extremists from Syria into Nigeria.

According to reports, some of the fighters were reportedly sent to the Middle East for training in a “chilling exchange programme”.

The report claimed that the insurgents are trained for possible attacks in Britain, quoting multiple sources as saying the strong links between Nigeria and the UK will make it easier for IS to send its killers to Britain.

But the government stated that the development was receiving the necessary attention, noting that all that needed to be done to protect the country was being implemented.

The Minister of Interior, Lt. Gen. Abdulrahman Dambazau (retd.), who disclosed this in Abuja on Wednesday, explained that the government was doubling its efforts to secure the country.

He said these while responding to questions from journalists shortly after the presentation of curriculum and training manuals for the Nigeria Immigration Service training institutions.

The minister said, “When information like this (influx of ISIS members into the country) comes, we do not take things for granted whether it is true or not because it is security information.

“Before now, we are prepared to ensure that everything we need to do security-wise is being done and such information also raises the alarm and we will double our efforts towards that.”