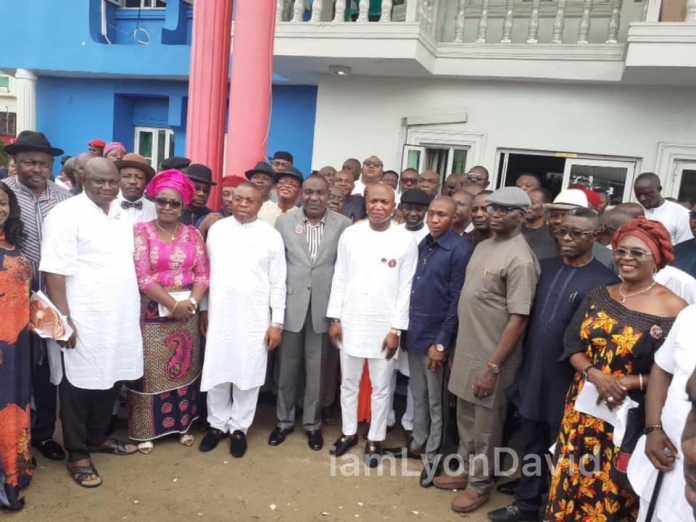 The Governor-Elect of Bayelsa State Chief David Lyon has said that the committee he inaugurated on Wednesday at the secretariat of the All Progressives Congress (APC) in Yenagoa, Bayelsa State, was not a probe panel but a transition committee.

Lyon in a statement signed by his Media Aide, Chief Gift Ebiki, said the clarifications became necessary following misconceptions in some quarters about the assignment of the committee.

The governor-elect emphasised that the committee chaired by a former Acting Governor, Chief Werinipre Seibarugu, was expected to ensure a hitch-free, peaceful and smooth transition.

He said there was nothing in the term of reference granting the committee authority to begin probe of the outgoing government as erroneously reported in some quarters.

“We are in transition and our actions and utterances are restricted to smooth transition. The APC transition committee will interface with a similar committee set up by the outgoing government”, he said.

Quoting the governor-elect while inaugurating the committee, the statement said: “It is a great pleasure to be part of this history. We are gathered here today to inaugurate a group of people with common ideas and ideologies as members of our transition committee.

“These are carefully-selected, vibrant leaders of Bayelsa State who share common faith and aspirations and Leadership is upon us now, and expectations are high, and we cannot afford to disappoint our people.

“You are aware that when I received the certificate of return, I clearly stated that we have entered a contract with the people of Bayelsa state.

“This is our first task to prove to our people right that the choice you made on November 16, 2019 is not wrong. No doubt, there are many challenges facing us as a people, the onus now lies on us to bring to bear the solutions that we have for long kept in our hearts.

“It is often said that the true test of man’s character is when you give him power. It is your own responsibility, not just to find and identify failures of outgoing administration but also proffer possible solutions to tackle economic, security, development, infrastructure and several other areas that often put any administration in the negative.