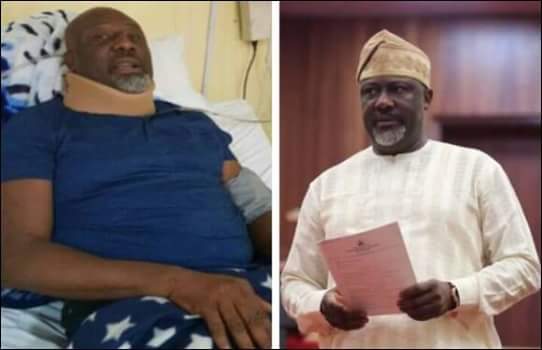 Senator Dino Melaye on Wednesday made a dramatic appearance at the Senate, declaring his intention to cross-carpet to the Senate wing of the chamber.

Melaye had been away from the Senate, since over a month, when the Nigerian Police arrested him and he was subsequently admitted at the intensive care unit of the National Hospital, Abuja.

Appearing with clutches and neck support to Wednesday’s plenary, hereMelaye said he was no longer comfortable sitting on his seat at the wing of the All Progressive Congress (APC), saying he would cross over to the wing of the Peoples Democratic Party (PDP).