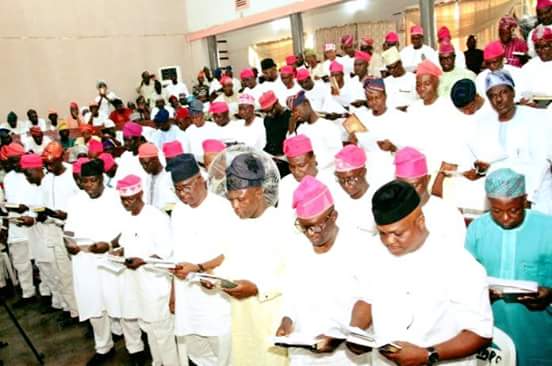 Adeyemo died alongside some of his supporters in an auto-crash on their way home from the venue of the inauguration.

He was among the newly elected vice chairmen of 33 local governments and 35 Local Council Development Areas (LCDAs) inaugurated into office alongside their chairmen, by Governor Abiola Ajimobi, in Ibadan, penultimate Monday.

Photo: Cross section of the chairmen and vice chairmen during their inauguration in Ibadan, on Monday.