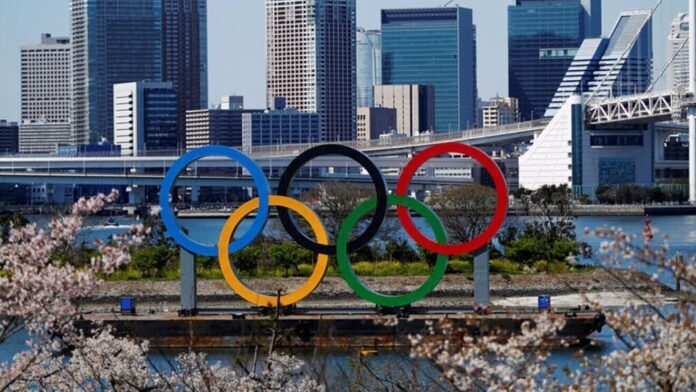 Tòo soon, and finally, Nigeria can count its medals’ haul from Tokyo 2020 – 1 Silver and 1 Bronze. Obviously, the number does not look as impressive as most of the performances by the athletes.

‘The Eye’ can confirm that the quality of performances here oscillated mostly between good and very good. Anything below this happened only in one or two instances, particularly where the poor performance was self-inflicted.

Otherwise, in all their events Nigerian athletes put up relatively good shows and did their best that was, unfortunately, not in the medal-winning zone.

The Olympics  are not only about winning medals but about participating to the best of individual and collective abilities. On that score, they rate high. The more important thing is to be seen to do the best that one can do.

The consolation is that Nigeria’s teams, indeed, mostly consisted of young athletes, both in age and inexperience.

They would have been too ambitious to think they could just come and cart away medals without earning them with the necessary talent, training, and mental and physical preparation when there are participants from 205 other countries with similar intentions. That thought consoles those that do not get rewarded with medals.

That is also the sponsoring spirit and attitude inside the Nigerian camp here. The officials keep reminding the athletes to look beyond the medals and more at their performances, and how they will shape their future and more realistic ambitions, particularly towards Paris 2024.

That creates in the athletes the feeling of a pass-mark coming out of Tokyo, and instills the hope that Nigerians back at home will see what the athletes see and give them more credit for their Tokyo scorecard.

From the news and information filtering in here, that hope may be a pipe dream. Many Nigerians are already at daggers drawn, waiting for the leadership of the Tokyo team to return to face the fire of criticisms.

One Nigerian former athlete is stirring up what could generate controversy and criticism of present good intentions. He espouses disapproval with the bonuses paid to the only two athletes that won medals at the Games. His argument is that the $10,000 bonus paid to the Silver medalist is exactly what the Minister of Sports in 1984 paid to the Olympian that won a similar medal at the Los Angeles Olympics  37 years ago.

It will be great to find out from any one of Innocent Egbunike, Henry Amike, Yusuf Alli, or any of those that were athletes at the Games. Innocent Egbunike actually became the first Nigerian track athlete to win a Silver medal at any Olympics  during those Games.

Otherwise, the athletes here in Tokyo are preparing to depart the city of Tokyo. They will represent the country at the parade during the closing ceremonies.

The good news is that Odunayo Adekuoroye has climbed down finally from the mountain of her disappointment with herself. She neither ate nor slept for an entire day after her match, despite all the appeals and assurances by her colleagues and officials here that she’s not to blame for her ‘failure’. The Minister of Sports has been playing a very fatherly figure here to all the athletes, always interacting with them and encouraging them to manage their failures, as well as they, would their successes. Many of them hurt for various reasons here.

The President of the NOC, Engineer Habu Gumel as well as the President of the Wrestling Federation, Daniel Igali also did their best with the wrestlers on whom so much depended before the Games. But it was until after spiritual touch was added by her greatest benefactor, the General Overseer of her Church, who had adopted her fully as his responsibility, that she finally calmed down, accepted her fate, and rejoined Team Nigeria in its last-minute rounding off activities. The Nigerian camp has finished its activities here and everyone is on the Countdown mode, waiting to depart the Games Village this weekend.

The next stage for action in the Tokyo 2020 Games story now shifts to Nigeria.

The basketball players have all returned to the US. The table tennis players are back in Nigeria, and Funke Oshonaike is back in Germany. All the disqualified athletes have returned to their bases, mostly on the US.So, all is very quiet here.

‘The Eye’ was just about to shut down for the night when shocking news poured like rain into Tokyo concerning some major sports personalities at home. In the last 4 days, 3 stakeholders in sports have passed on. These are a:l friends of ‘The Eye’.

A former President of the Nigeria Football Association, General Dominic Oneya, passed on. Until 3 days ago, he was active and regular with his prayer sessions on his social media platform.

A former international football player, a member of the Green Eagles in the late 1970s, died in his base in America. He played for several clubs in Nigeria before going to the US in the early 1980s to study and settled there. Segun Adeleke was a folk hero in the Lagos and Western Nigeria football axis.

Another Nigerian football administrator based in Gabon, Libreville, a former member of the Technical Committee of FC 105, one of the biggest clubs in Gabon, and an assistant to the former Vice-President and Head of the Army of that country, Alhaji Abdulaziz Jummah, died. A few days before his death, he too was very active on his social media platform.

These deaths came in a flood of bad news to Tokyo adding to the sadness around Nigerian sports. Add to these the scandal of a terminated PUMA contract with the Athletics Federation of Nigeria, and you have the substance of what will dominate the media space when Team Nigeria finally gets back to Nigeria in the next few days.

Meanwhile, ‘the Eye- is about to head back to its place of hibernation. It is waiting to see the tail lights of the remnants of the Nigerian contingent here in Tokyo before it takes off on that invisible drone. It has been a great experience. It hopes all Nigerians enjoyed the ride on the daily diaries.

All thanks go to the sponsors, Golden Chance Bet, Winners Golden Bet and Bet Experience for making it all possible.