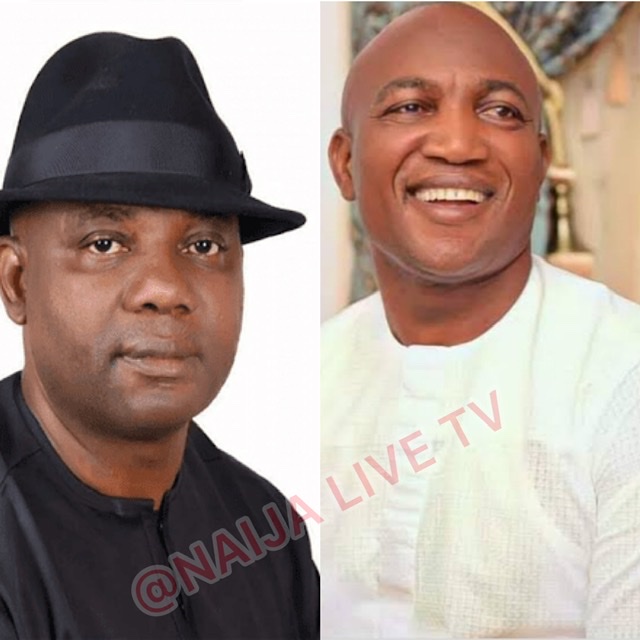 Yenagoa — A former deputy publicity secretary of the ruling All Progressives Congress (APC), Yekini Nabena had over the weekend expressed joy that David Lyon was not sworn in as Governor of Bayelsa State.

He accused the former APC governorship candidate of not contributing to the running of the party and noted that Lyon cannot contest the leadership of APC in Bayelsa State with the minister of state for petroleum resources, Chief Timipre Sylva.

But in a reaction, a stakeholder of the APC in Bayelsa and leader of the Otita Transformation Movement, Prince Gabriel Jonah, has described the comments made by Nabena against Lyon as “uncharitable, flippant and provocative.”

In a statement signed by his spokesman, Deacon Tari Agai, band made available to NAIJA LIVE TV, Jonah stated that the comments of Yekini against Lyon may make Bayelsans lose interest in the APC.

According to the statement, Yekini made his comments without considering the trauma it may have on party members who are yet to get their minds off the botched inauguration.

“Prince Gabriel Jonah is surprised that Nabena who failed to bring sufficient votes from the two polling units of his Aduku Community in Sagbama Local Government Area to the ballot box while he was the party’s national spokesman is not grateful to the likes of Lyon that attracted massive support to the party.

“He believes the party’s former spokesman may have been misled to be accusing the former governorship candidate of not contributing to the running of the APC in Bayelsa State.

“It has become imperative to remind Nabena the naked truth of how Lyon has been assisting in financing the party long before his governorship election without holding any political appointment.

“Lyon has also through his philanthropic lifestyle empowered thousands of youths, women and elders in Bayelsa, which is the reason his candidature got Bayelsans thronging into the APC in the last governorship election.

“On the allegation that Lyon is contesting the leadership of the party in Bayelsa State, the Otita 1 as he is fondly called, said he cannot recall Lyon or anyone making such a claim in any quarter.

“According to Prince Gabriel Jonah, the reason Nabena and those who may be drumming for him are fighting a man (Lyon) who is not in any contest with them will soon be exposed.

“What Nabena is doing is complete sycophancy to pit Lyon against other party leaders and members and to also curry favour for selfish gains. We are used to his antics.

“Nabena and his co-travellers should learn from party stakeholders, who are using their positions to empower party members, and not to selfishly use such privileges to amass wealth, leave followers in perpetual hardship, or fight fellow party members.”

“Prince Gabriel Jonah pointed out that it is the duty of the party leaders in the state, including he Nabena, who led the last guber campaigns, to organise and lead other party members to thank the masses who supported us to victory, though aborted by the Supreme Court.

“He said it is a total absurdity for a party stakeholder like Nabena to make such an unpleasant statement against such a kind and humble man that made Bayelsans defy monetary inducement by other parties and massively supported the APC.

“He further said that Nabena may know what we don’t know regarding the botched inauguration and he needs to tell APC members the nefarious role he may have played that is making him gloat in public.”

Prince Jonah called on the Mai Mala Buni-led APC caretaker committee to caution Nabena for his statement, fearing that the statement may end up causing more frictions in the state chapter of the party.