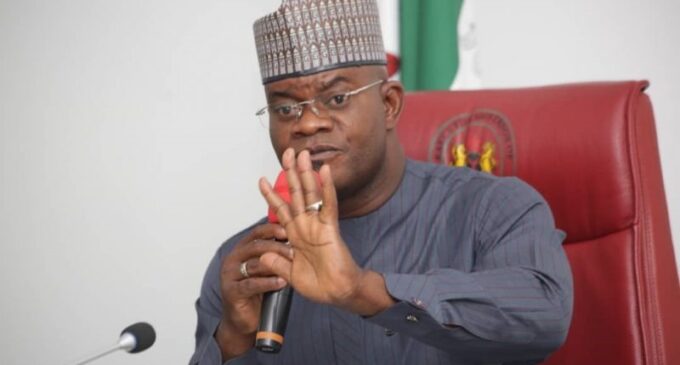 Yahaya Bello, governor of Kogi state, says Nigerian youths have not exhibited a strong desire to “to take over the presidency”.

Bello, who has expressed his interest in running for the highest office, on Tuesday called on the youth to work towards “wrestling” power from the elders ahead of the 2023 elections.

The governor made the call on Tuesday in Ijebu-Ode, Ogun state, at a conference themed: ‘Youths Own The Power’. The conference was organised by a group known as Afenifere for Collective Transformation (ACT).

Speaking through Folasade Ayoade, secretary to the Kogi state government, Bello urged the youths to be more organised for a united front ahead of 2023.

He advised the youths not to be indifferent on issues concerning sensitive leadership positions in the country.

“Nigerian youths have for long been indifferent and have not shown serious and strong determination to take over the presidency and have continued to abandon it to the elders who have turned the position to exclusive right,” he said.

“Our elders have continued to be at ease during the presidential polls because the youths seemed to have ceded the position to them.”

Tolu Ajayi, director-general of ACT, in his remarks, described Bello as “a detribalised Nigerian youth who could be trusted with powers”.