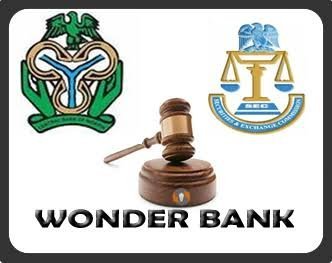 The Supreme Court of Nigeria has affirmed that Investors in Nospetco Oil & Gas Ltd (Wonder Bank) whose N22. 45b funds are being trapped in the Central Bank of Nigeria, for over 14 years, can go to the appropriate court for recovery of their money.
By the decision, the apex court affirmed the decision of the Court of Appeal, which held that the money actually belonged to the investors.

The court also dismissed Nospetco Oil & Gas claims that the money should be paid into its coffers.

Delivering the judgment through zoom, Justice Amina Augie leading Justice Osegi, said the three other Justices of the apex court that formed the five-man panel agreed that since it is a collective investment scheme, the case can be prosecuted in a representative capacity and directed the investors through their lead counsel, Debo Adeleke, to go to the appropriate court to ventilate their grievances.

The Nospetco Oil and Gas had earlier appealed against the judgment of the Investment and Security Tribunal (IST), which ordered that the sum of N22.45b should be kept in the CBN for the Investors.

Nospetco was registered solely for the importation, sale and distribution of petroleum products and cooking gas.

But the firm started a collective investment scheme between 2004 and 2005 and encouraged thousands to invest N450, 000 per slot, with a promise of a monthly N40, 000 return on investment on each slot.

Shortly after the respondents had invested in the firm, SEC, in 2007, stopped the firm’s operations, describing it as illegal.

The regulatory agency also froze its various bank accounts and deposited the money with the CBN on behalf of the investors.

Miffed by this, Nospetco filed a suit No: IST/OA/19/07 at the IST in 2011, challenging SEC’s power to declare its business illegal and lost.

Adeleke on behalf of the investors also filed a suit at the IST, Lagos, for payment of the seized money and got a favourable judgment.

Still dissatisfied, the company again appealed to the Supreme Court to quash the appellate court’s decision.