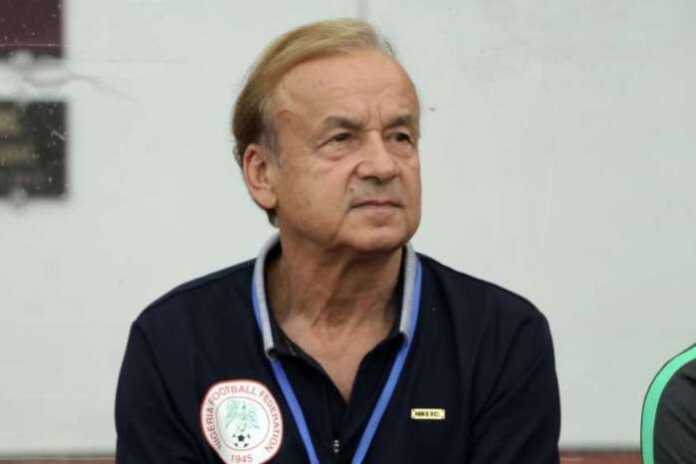 Amaju Melvin Pinnick, the President of the Nigeria Football Federation, has restated his backing for embattled head coach of the Super Eagles Gernot Rohr despite increasing calls for the immediate dismissal of the German.

Nigeria Super Eagles coach Gernot Rohr has hinted that he contacted Eberechi Eze over the possibility playing for the Super Eagles.

Eze has represented England at the U-21, but he’s still eligible to play for Three time African champions as a full international.

The Crystal Palace midfielder once trained with the Super Eagles before a cancelled friendly against Burkina Faso in March 2017 but the player has since developed into one of the hottest football properties in England.

Rohr admitted he’s an admirer of the player and contacted him about joining switching allegiance to the West African giants.

“This is a wonderful player, Ebere Eze is one of the best offensive midfielders I’ve ever seen in England and I would like to have him with us, but you know that he can also play for England and already played for one team in England”,

“I sent him a message and in this message, I showed the interest Nigeria has to get him in this team so he replied and he said he has to think about it.” Rohr told a Lagos-based online TV.