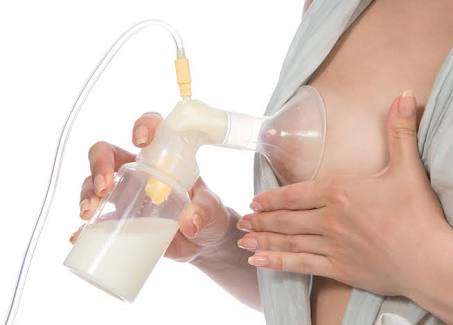 The unique composition of a mother’s breast milk may help to reduce food sensitization in her infant, report researchers at the University of California San Diego School of Medicine with colleagues in Canada.

The findings, publishing in the June 15 issue of Allergy, further highlight the health role of human milk oligosaccharides (HMOs), which are not found in infant formula, and underscore their potential for therapeutic interventions.

HMOs are structurally complicated sugar molecules unique to human breast milk. They are the third most abundant solid component in human milk after lactose (a different type of sugar) and fat. They are not actually digestible by infants, but act as a prebiotic, helping to guide development of the infant gut microbiota, which previous research suggests is a key influencer of allergic disease. Past research has shown that breastfed infants have a lower risk for a variety of medical conditions, such as wheezing, infections, asthma and obesity.

In the newly published study, a team led by Lars Bode, PhD, associate professor of paediatrics at UC San Diego School of Medicine, and Meghan Azad, PhD, assistant professor in the Rady Faculty of Health Sciences at University of Manitoba, analyzed milk samples and data from 421 infants and mothers participating in the CHILD Study, a longitudinal study tracking nearly 3,500 Canadian mothers and children from pregnancy to school age. The CHILD Study was launched in 2008 by the Canadian Institutes of Health Research and the AllerGen Network of Centres of Excellence, a consortium of researchers, industry partners, policymakers, health care providers and patient advocates supporting improved understanding and treatment of allergic diseases.

Breast milk samples taken three-to-four months after birth were analyzed at the Larsson-Rosenquist Foundation Mother-Milk-Infant Center of Research Excellence at UC San Diego, directed by Bode. At one year of age, infants were given skin prick tests to check for allergic sensitization to common allergens, including certain foods.

“A positive test is not necessarily proof of an allergy, but does indicate a heightened sensitivity,” said Azad, a Canada Research Chair in Developmental Origins of Chronic Disease. “Sensitizations during infancy don’t always persist into later childhood, but they are important clinical indicators and strong predictors of future allergic disease.”

The multidisciplinary team of scientists found that 59 of 421 infants (14 percent) displayed sensitization to one or more food allergens at age 1. No individual HMO was associated with food sensitization, but the overall HMO composition appeared to play a role. Composition of HMOs in breast milk is variable and determined by factors like lactation stage, gestational age, maternal health, ethnicity, geographic location and breastfeeding exclusivity.

“Our research has identified a ‘beneficial’ HMO profile that was associated with a lower rate of food sensitization in children at one year,” said Bode. “To our knowledge, this is the largest study to examine the association of HMOs and allergy development in infants, and the first to evaluate overall HMO profiles.”

Study authors say the findings demonstrate the link between HMO composition and prevention of food sensitization and underscore the need for further research to explore the underlying biological mechanisms involved, establish long-term consequences of HMO composition on confirmed allergic disease in later childhood and begin to assess how HMO modification might be used therapeutically.