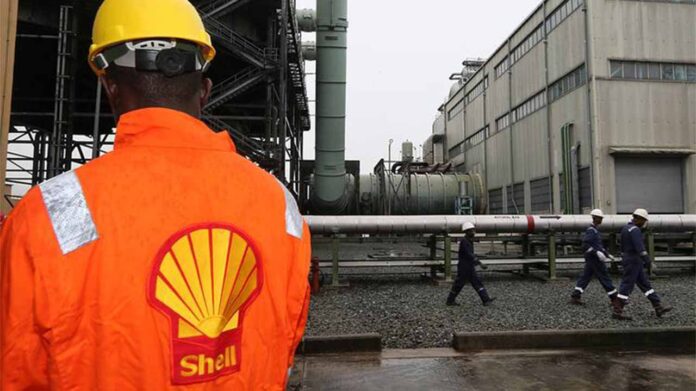 The Shell Petroleum Development Company (SPDC) and its joint ventures have presented N102 million for Educational scholarship and Youths empowerment programme to 116 indigenes of the various communities under the Gbarain Kingdom and Gbarantoru Community in Ekpetiama Kingdom of Yenagoa Local Government Area of Bayelsa State.

While N36million was presented to 36 beneficiaries under the education scholarship for their studies in Doctor of Philosophy (PhD) and Masters of Science and Arts Scholars in different fields.

A bus was also donated to empower the people and stimulate economic growth in Gbarain Kingdom and Gbarantoru Community in Ekpetiama clan.

Mr. ETS Krukrubo, Corporate Relations Manager, East SPDC, during the presentation at the Obunagha auditorium, Gbarain Kingdom in Yenagoa Local Government Area of Bayelsa State, stated that the Education and Youth empowerment schemes was carried out under the Global Memorandum of Understanding (GMOU) signed between Host communities and the Shell Petroleum Development Company SPDC in far back 2007 with the sole aim of pioneering the Company’s Corporate Social Responsibility for the smooth sail of its operations in the Area.

According to the Krukrubo, the Gbarain Ekpetiama Cluster Development Board CDB is a gathering that has brought peace and stability in the Gbarain and Ekpetiama twin kingdoms with its interventions in Conflict Resolution, Infrastructure, Electricity, Sports Development, Human capital Development, Education among other endeavor of the cluster.

Krukrubo also pointed out that the cluster model has helped to curb peace in the state and fasten Development in the rural areas, thanking the Host communities for creating an enabling environment for the smooth operation of the company in its environs.

The Commissioner for Mineral Resources, Dr. Ebiere Jones described the scholarship scheme as an agent of positive catalyst design to empower the people of the area and place them on the world academic map,

Also Speaking, the Bayelsa State Focal Person of the Sustainable Development Goals (SDG) Dr. Ebiwari Wariowei who is also the Chairman of the occasion, charged his kinsmen to utilize the opportunity and finish strong in the interest of the clans and contribute to the growth of the kingdoms as agents of change and hope for the younger generation.

The Technical Adviser to the Governor and Focal Person on Presidential Amnesty matters, Hon. Ala-owei Opukeme task the beneficiaries to be worthy ambassadors of the scheme.

The monarch of Gbarain Kingdom, King Funpere Gabriel Akah who initiated the scholarship scheme went down memory lane on the essence of the scheme and his vision for educational prosperity for his people, according to him his vision is to raise one hundred Doctor of Philosophy degree holders in his life time and called on the people to continually embrace Peace.

His Royal Majesty, King Bubaraye Dakolo, Agada IV, Ibenanaowei of Ekpetiama Kingdom also highlighted the importance of education to the development of any society, he commended SPPC on the scheme and call on them to do more in the areas of monitoring and evaluation of project awarded for the overall interest of mutual co-operation between the Host communities and SPDC.

The Chairman of the Board, Hon Profit Bibobara Isaac Says under his watch, the Board is focused on tackling poverty, hunger, quality education, health, employment generation, reduce inequality and promote peace and justice in the twin clans.