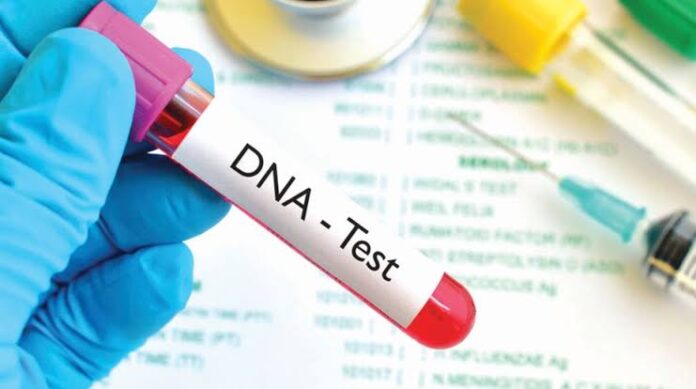 At least, six out of every 10 kids that have been brought for DNA testing have turned out to not be the biological children of their father, according to Senior Geneticist with DNA Centre for Paternity Test in Ikeja, Lagos state, Abiodun Salami.

Abiodun Salami made the surprising disclosure in a recently published interview with Premium Times.

Read excerpts from the interview below:

There appears to be renewed interest in DNA testing in Nigeria. Why do you think this is happening?

Salami: Well, there are several reasons. The first reason is immigration purposes because when you are travelling abroad, you will be required to carry out a DNA test on the kids who would be accompanying you, especially if you say you are the parent. The second reason could be child trafficking. At the airport, if you are a woman and you are traveling with a child less than six months, you will be asked to go for a maternity test to confirm if you are the mother of the child.

What was the patronage like at your facility prior to this renewed awareness?

Salami: Let me give you the statistics. Before now, we do an average of 100 DNA tests in a month, but now we handle as many as 400 cases monthly.

The statistics are mind-blowing. You discover that almost 60 percent of the tests that people come to do are negative. In fact, 6 out of every 10 paternity tests turn out negative. Statistically, in DNA paternity testing, most times, in Nigeria, we see that six out of every 10 children might not be fathered by their biological father.