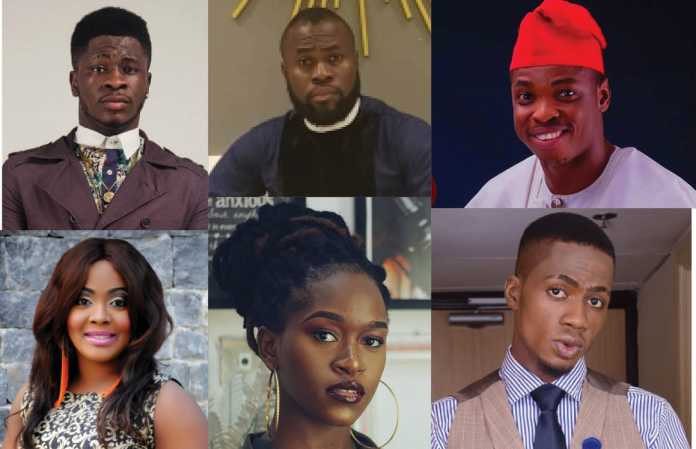 Instagram gives everybody the opportunity to market their services and showcase their talent to the world. Nigerian comedians are making the most of the platform to reach out to their fans with rib-cracking jokes and comedy skits. Moyosoluwa Olorunsola takes a look at five Nigerian Instagram comedians with the largest following.

Craze Clown whose real name is Emmanuel Iwueke is one of the top instagram comedians with a large following with 2.8 million of them on the platform. He is a comedian who plays the role of ‘Papa Ade’ in his comedy series. His skits are widely watched and he is considered a funny and talented comedian.

Helen Paul aka Tatafo is not only a stand-up comedian but also a fast-rising Instagram sensation with her Alhaj Don Jasi series and baby voice. She has an impressive 2.2 million followers on Instagram whom she constantly entertains with skits that are reflective of every lives of Nigerians and their experiences.

The 22-year-old comedian otherwise known as Gloria Oloruntobi has 1.1 million followers on Instagram. She roleplays in her comedy skits and is capable of being different characters in her video when necessary. She has mastered the art of editing her videos perfectly. Maraji’s skits are usually a depiction of what the typical African home is like and how children relate with their parents. Her talent is undeniable, and has won her many fans.

Nosa Afolabi is Lasisi Elenu’s real name. Lasisi who is popularly known for his catchphrase, ‘Hello everybody, Lasisi is here again, something just happen right now.’ He has 1.9 million followers on Instagram. He is a talented comedian known for using a hilarious snapchat filter that changes his appearance. This, and his rants, make his fans want more every day. Although, Lasisi, sometimes, posts comic videos with the funny snapchat on, he still manages to make his fans laugh and happy with his originality.

Woli Agba aka Ayo Ajewole has two million followers on Instagram. His comedy skits are usually in the Yoruba language but with subtitles which allows non-Yoruba speakers follow what he is saying. Woli Agba is also a gospel artiste with a lot of songs to his credit. He is known for his funny facial expressions and educative content.

Josh2funny’s real name is Chibuike Josh Alfred. He has one million followers. Josh2funny dresses up like a woman in his comedy skits and mostly sings while passing funny messages across. He also sings funny covers of popular songs.

Male Nollywood celebrities unmarried at 40 and above

Lesbians Are More Attracted To My Boobs Than Men – IG Nudist

‘If You Shed TEARS At My Burial, My Spirit Will Flog You’ – Veteran Actor, Charles ‘Agbako’ Olumo Tells Colleagues

The marijuana we have in Ondo is best in...