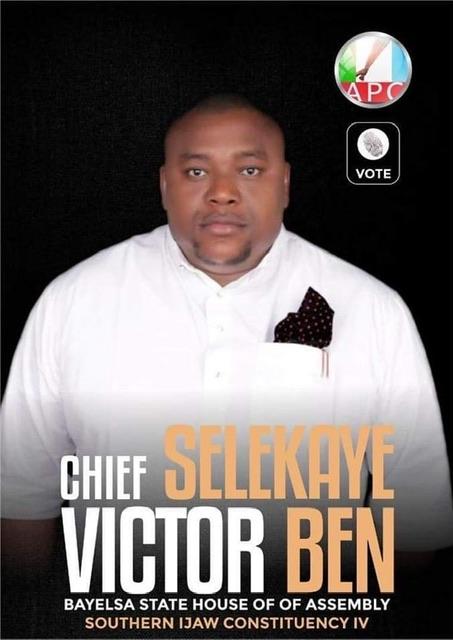 The attention of the candidate of the All Progressives Congress and leading aspirants for the Southern Ijaw constituency 4 assembly seat, Hon. Selekaye Victor Ben otherwise know as Don Sidoni has been drawn to rumours orchestrated by naysayers, mischievous elements and the opposition that he has stepped down from the race

Sidoni who ordinarily wouldn’t have paid attention to such unimaginable distractions but for the avoidance of doubt and setting the records straight has said he has not, neither does he intend to step down from the race for anyone stating that he’s confident of winning the general elections as he’s the favourite of the people.

Sidoni was quoted saying, ” They know the people are with us, and it is no longer business as usual, they’re scared of our wide acceptance and growing popularity by the day, we’re busy preparing for elections and engaging our people on daily bases, exchanging ideas with them and tinkering together the most appropriate measures to ameliorate their sufferings upon our emergence ,

“We’re poised to serve our people and give them sound representation, the general public should therefore disregard such rumours as the opposition has obviously resorted to peddling lies haven been shown the exit door by the people “