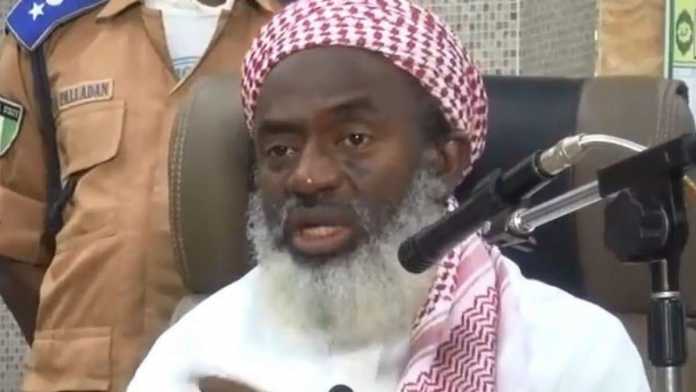 Islamic cleric, Sheikh Ahmed Gumi, has suggested the kind of Nigerian that should succeed President Muhammadu Buhari in 2023.

Noting that the north had learnt its lesson, he appealed to citizens to ignore politicians who have been in the system and elect a new face.

Gumi told NAIJA LIVE TV that the country needs a person who is “alert, intelligent and with a large heart”.

“Let’s put our hands together to salvage this country. The crop of politicians we have now cannot help us. Their heads are hot. We need cool headed people who will look at things holistically and move the country forward. A wounded lion cannot take this country out of the woods.”

Gumi further lamented that Buhari was running the country according to his dictates.

“He has a pre-determined mind on how he wants to run his government: squeeze corrupt officials, close borders. This is what he has in mind and this is what he’s pursuing to the letter.

“If you want to get close to him, tell him this man is in jail and he will tell you that’s good. You cannot catch all the thieves in Nigeria. You can only catch those ones you don’t like.

“But God is a God of justice. You either catch all or pardon all and then you draw a line. If you draw a line, whoever commits the same mistake can be tried by law and not your personal decision.

“He knows what is happening and he likes it. This is his style. This is the style I don’t like myself and that was why I voiced out my opposition. If I have not spoken, people will say look at these people they have kept quiet and now we are suffering.

“Nobody can point a finger at me and I thank God for that. So, we need to rethink. We need to come back together to save this country because it is a beautiful country”, he said.