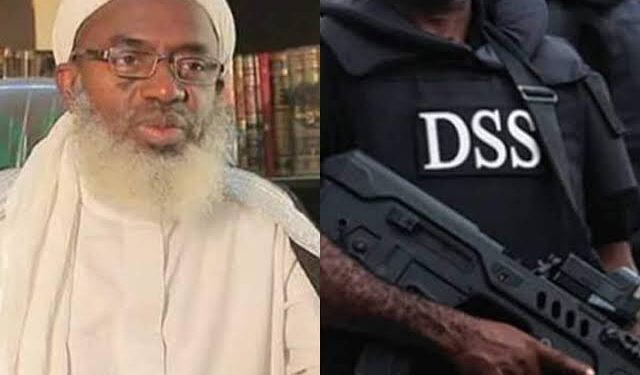 The Kaduna based Islamic scholar has Sheikh Ahmad Gumi has broken his silence on the alleged invitation by The Department of State Security (DSS).

The DSS on Friday reportedly grilled Gumi for questioning, following a rift between the cleric and the Nigerian military.

Gumi alleged invitation is coming after he made a controversial statement alleging that Nigerian Army and other security operatives in the country contribute to the insecurity rocking the country.

Mr Gumi while speaking on ARISE TV alleged that security agents played a role in the insecurity rocking the country by collaborating with the bandits who engage in killing and kidnapping for ransom.

The cleric stated that the bandits had been able to access assorted weapons that they used against Nigeria due to the cooperation of the security agents.

The Nigerian military though denied the allegation.

In a response, his spokesman, Sheikh Gumi, dismissed the allegations made against him by the Army, saying the incidents were unfortunate.

He said in the entire discussion, the cleric did not blame the entire military, saying it was a fact that many people had fought, and even the soldiers themselves had repeatedly accused of being barbaric.

Peter Afunanya, DSS spokesman, had also confirmed that the scholar was invited by the agency.

“Sheikh Gumi was invited by the Service. It’s not out of place for the Service to invite any person of interest,” he had told Newsmen

Following the report of his arrest by the operatives of DSS, Gumi however has denied either being quizzed or invited for questioning by the DSS.

Sheikh Gumi said in an interview that his interventions with bandits inside the forest were done in collaboration with the support of the government and security agencies, and therefore he did not commit any offence.

“Nobody invited me. it’s the media that is trying to cause confusion but they will not succeed God willing. We are in contact with the heads of security but I was not invited,” he said.

Nobody Invited me for questioning or any arrest, I can say that categorically Since I ventured into the forest, I went there with full security, the police, with the knowledge of the DSS, traditional rulers and the Fulani leaders, I never went alone.”

“I never made any disparaging remarks against the military during my recent live interview on national television.There was nowhere in the TV interview that I categorically accused the entire military,” he said.